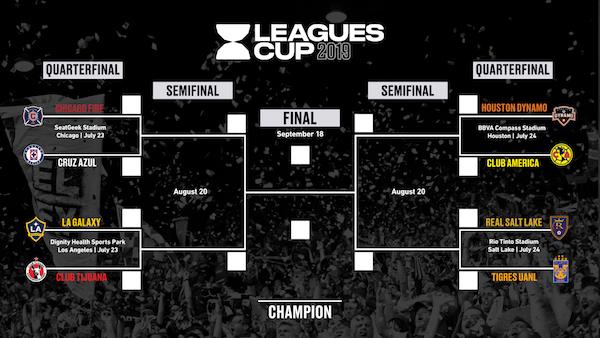 Nine years after MLS and Liga MX folded the SuperLiga, they have teamed up with a new competition, Leagues Cup.

Like the SuperLiga, the competition will feature eight teams in 2019 and all games will be played in the United States. What will be different is that the tournament will be a strictly knockout competition, eliminating the group stage used during the four years of the SuperLiga (2007-10).

The quarterfinals will be held on July 23-24 immediately after the start of Liga MX's Torneo Apertura.

The tournament was roundly panned by established writers covering MLS:


This Leagues Cup nonsense is a massive disrespect to the US Open Cup and to this idea that "EVERY GAME MATTERS" that the league has been flogging all year. C'mon, MLS, you're better than this!

One of the major issues is that the tournament has been added on to a regular-season schedule made more congested by the early end to the MLS season.

Houston Univision reporter Lester Gretsch reported that Houston coach Wilmer Cabrera told him that the Dynamo, which plays eight MLS games -- plus potentially two Open Cup games -- from the end of the Gold Cup break on June 22 until its game against Club America on July 24, will more than likely use players from its USL second team, Rio Grande Valley FC.