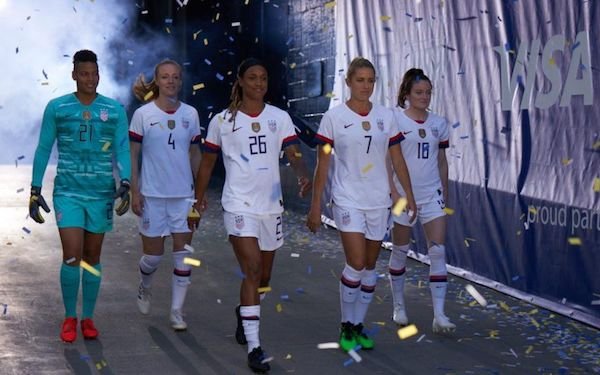 Visa, already a FIFA sponsor and UEFA women's sponsor, reached a five-year agreement with U.S. Soccer as part of its commitment to expand its support of women’s soccer

-- Visa will be the presenting sponsor of the SheBelieves Cup, the four-team tournament U.S. Soccer has held in late winter every year since 2016.

“Sport presents a huge opportunity for women to pursue their dreams on and off the field,” said Lynne Biggar, Visa's chief marketing and communications officer. “Women make the vast majority of consumer purchases and start millions of small businesses a year. By making a substantial investment in women’s initiatives, including soccer, Visa is celebrating this powerful global force.”

-- Visa is the presenting sponsor of the Player of the Match at the Women's World Cup;

-- It is expanding its roster of Team Visa athletes, adding 18 new women’s players from 16 countries, most headed to the World Cup, including Megan Rapinoe (USA), Ellie Carpenter (Australia) and Christine Sinclair (Canada), who all play in the NWSL.