The U.S. U-20 World Cup lineup debate: There are no wrong answers 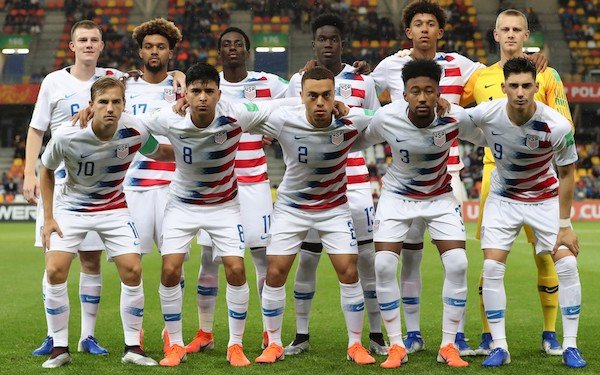 Thirty years ago, the U.S. U-20s achieved what is still their best finish at what was then known as the FIFA World Youth Championship when they took fourth place in Saudi Arabia.

The USA's key match was its second of the group stage against East Germany. I happened to be at a USSF meeting in Seattle that day. I can't exactly remember what was their beef -- one year after he engineered the USA's successful bid to host World Cup 1994 -- but the meeting was called because youth members were up in arms with President Werner Fricker, predictive of the election that toppled him a year later with not a little help from FIFA.

I happened to be in the suite federation staff set up as an office when a call came in from Jeddah that the USA had beaten East Germany, 2-0. It was only the USA's third victory in the history of the U-20 World Cup and it basically put the USA through to the quarterfinals.

When the meeting resumed shortly thereafter, someone -- Sunil Gulati, as I recall -- took to the podium to announce the USA-East Germany result to the federation membership. There was some polite applause, but many in the audience had no idea what he was talking about.

There was no television, no Internet, no media coverage except from Soccer America, which sent Mike Woitalla to Saudi Arabia. "No one knew about it until it came out in Soccer America a month later," Kasey Keller, the tournament's Silver Ball winner as its second best player, told The Athletic.

Thirty years later, the Under-20 World Cup is one of the most-watched competitions by American soccer fans. Monday's USA-Nigeria game averaged 200,000 viewers on FS1, more than any other program on Memorial Day and all but one of the 12 MLS broadcasts in 2019 on the sports network.

Interest has grown as more young players have broken into MLS and leagues in Europe and become American soccer household names. But the interest is more fundamental than that -- fans will view any team if it's exciting to watch.

The debate on Twitter about Coach Tab Ramos' players began after the USA's 2-0 victory over Nigeria with the debate: Who's the U.S. midfield boss? Paxton Pomykal? Or Alex Mendez? Two players who have taken different career paths and have different followings.

My take: I can't think of a young American player who has been more influential or more consistently dangerous than Mendez was through the first three games at the U-20 World Cup. And that he was often in dangerous positions was because of Ramos' emphasis on an all-out attack and the attacking skills of players throughout the lineup from back to front.

As Ramos looks ahead to Tuesday's match against France, he will have to make at least two lineup changes because Chris Durkin and Mendez are suspended. Perhaps the greatest testament to the unprecedented depth of the U-20s is the fierce debate about whom he should start.

-- David Ochoa or Brady Scott in goal?
-- Sergino Dest or Julian Araujo at right back?
-- Who among Edwin Cerrillo, Brandon Servania and Richie Ledezma to join Pomykal in midfield in the place of the suspended Durkin and Mendez?
-- Uly Llanez or Konrad De la Fuente -- both eligible for the 2021 U-20 World Cup, it should be remembered -- ar right wing?

My take: There are no wrong answers here.

(For some great U-20 listening, I recommend The Scuffed Podcast with postgame analysis from experts, including SA contributor Brian Sciaretta.)

The unprecedented depth reflects the changing nature of MLS and American soccer more generally as players see and take a pathway to the pros at younger ages. Many of the U-20s moved away from home in their early teens to join residential pro academies.

Bob Gansler's 1989 U-20 World Cup team was entirely comprised of high school and college players. Every player Ramos took to Poland is a professional. And his U-20s -- four players -- played a combined five years in college before they turned pro.

The reality check, though, comes on Tuesday when the USA faces France in the round of 16.

The professional experience of Ramos' U-20s pales in comparison to that of France's Bleuets, who have played 509 first-team games (top two tiers of European soccer). Goalkeeper Alban Lafont, who starts for Italy's Fiorentina, has played more games (132) than all U.S. players combined (108).

It underscores how for all the progress American soccer made over the last 30 years it might take another 30 years before it gets to where we all want to it to be at, competing on an equal footing with the great countries of the world.