The U.S. U-20 team has both an enormous challenge and an enormous opportunity on Tuesday when it takes on France in the round of 16 at the U-20 World Cup in Bydgoszcz, Poland. The French team has been considered one of the favorites to win the tournament and is one of just two teams that finished the group stages with a perfect nine points. 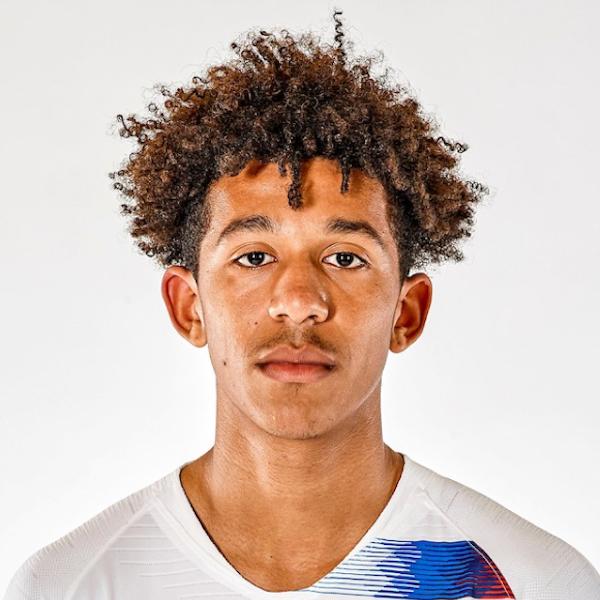 The Alabama native is optimistic for the task at hand despite the underwhelming 1-0 win over Qatar in the group stage finale.

“We know France is going to be a really good team but we're really excited and we feel we can beat any team that is left here in the tournament,” Richards told Soccer America from Poland. “Pretty much every time we play together, we always end up getting better and better. We know the Qatar game wasn't our best game. We took a lot of positives from it. Even though it wasn't our best we came away with the result. We need to play better and we expect better out of ourselves next game against France.”

Richards is still optimistic that the best is yet to come from the U.S. team and notes how at the team’s final camp before World Cup preparations, the players showed a lot of improvement. That camp actually began with a 2-2 draw against France followed by a 2-1 win over Japan. Richards went a full 90 in the game against France in which the U.S. team actually was down 2-0 before rallying for the draw.

Beating them will indeed be challenging and Richards cites that clean play out of the back as well as clinical finishing will have to improve significantly. Despite that, Richards is confident.

“As you can tell with the games that they've played here, they've showed their class,” Richards said of France. “We saw that as soon as we stepped on the field with them [in March]. A lot of those guys are playing first team minutes and it shows. Not just a few minutes here and there -- but rather 90 minutes at their clubs. You can tell on the field that they play like seasoned vets and they play like they've been playing their whole lives with each other. We respect that but also realize we got a result against them and can play with a team like that.” 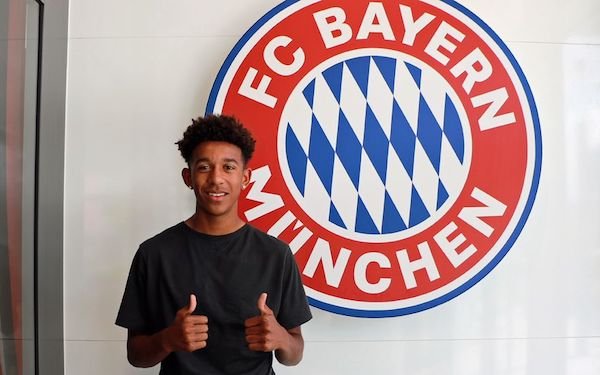 After getting first-team action in preseason friendlies with Bayern Munich against Paris Saint-Germain, Juventus and Manchester City, defender Chris Richards in the 2018-19 season played for Bayern in the U-19 Bundesliga (20 games), UEFA Youth League (six games) and DFB-Pokal for Juniors (two games).

Richards is used to playing at a very high level and believes that his past season with German giants Bayern Munich helped him prepare for this World Cup. Signed as an FC Dallas homegrown, Richards was loaned to Bayern at the start of the 2018-19 season. That loan became a permanent transfer in January when Richards signed a four-and-a-half-year deal for an initial $1.5 million transfer fee, with Dallas also holding a percentage of a future sale.

Richards actually played for Bayern Munich’s first team in preseason but then played the full season with the club’s U-19 team. He completed the year training with the first team.

Next season, Richards said the plans for him are still unsettled. He might begin with Bayern’s U-23 team (Bayern Munich II, which has been promoted to 3. Liga) although he did not discount the possibility of a loan either and further indicated that he will accept whatever plan Bayern has for him. So far, he is very pleased with his progress in Germany.

“I think my development went really well this year,” Richards said. “I think I developed faster than I expected, honestly. Playing with Bayern, the [UEFA Youth League], the U-19 Bundesliga, it kind of exposed me to playing against some of the best players in the world. Coming into a tournament like the World Cup, it kind of felt like another weekend for me because I've been playing players of that caliber throughout the whole year. It really helped me with my speed of play and in just my cleanliness on the ball and off the ball as well.”

Following the World Cup, it might not be a long down period for many of the players on the U-20 World Cup team as the U-23 team will soon be in full force trying to qualify for the 2020 Olympics. Getting players released for that tournament has always been unpredictable and the U.S. team has not qualified since the 2008 Games.

Playing international soccer is something that Richards is passionate about and he hopes he can be in contention in the months ahead for the U-23 team. The 2020 U-23 team could feature some of the best American players in the game -- such as Tyler Adams, Christian Pulisic, and Weston McKennie -- and Richards hopes the team qualifies and that the best players can take part. For Richards, that could also be an important stepping stone for the young players ahead.

“Growing up in the U.S., the Olympics is a really big thing no matter what the sport is,” Richards said. “As you saw last Olympics Neymar played with Brazil. So it’s not like they're just sending their average players. Every team is trying to get their best U-23 players and they want to win. And I don't see why we can't win. And we want to become that soccer powerhouse in the world. And one of the steps is winning the Olympics.”

For now, however, Richards is solely focused on France and trying to knockoff perhaps the country with the greatest soccer program at the moment. He recalls watching the U.S. team fail to qualify for the World Cup and believing that players of his generation would never let that happen to the national team again -- “Those of us on the youth national team, we all knew that this will never happen to us and that we were going to be a kind of golden generation to bring your soccer to what it needs to be,” Richards said -- and instead be one that moved it to new heights.

The game against France isn’t of drastic importance on a big stage. A win won’t mean the U.S. team has made it and a loss won’t be devastating. But for Richards it is a useful measuring stick right now as to where the U.S. team stands on an important journey moving forward with the ambitious generation.

“And we've all had the same mindset and the first step is to win a youth World Cup and completely change the dynamic of U.S. soccer,” Richards said. “And we're all about the same idea that we want to be those guys that represent the U.S. at the highest level. We want to be the team that's in a group and no one writes us off as an easy win. We want to be the team that's playing the France's and beating the Frances and playing the best teams in the world, holding our own, and beating them.

“All of us are really proud to wear that crest on our jersey and I think that we all want to be able to show that at the senior national team level and we want to be real world contenders one day.”