The requirements of modern soccer officiating (1) 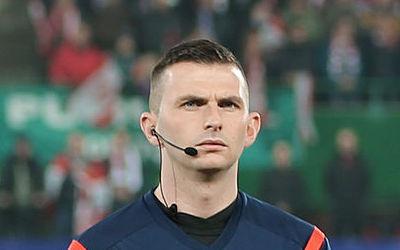 Before I sat down to write this article, I watched Uruguay vs. Ecuador in the U-20 World Cup. The game was refereed by Michael Oliver -- an English referee. The officiating was world class and I could even consider it as one of the few masterpieces in any year one sees in top-level soccer officiating. It was refereeing at its best.

One might ask why and how Oliver refereed such a good game. It was a difficult game between two Conmebol teams and there were three Key Match Incidents (two penalty kicks and a red card) which he decided promptly and without hesitation even though he had the luxury of using the VAR system. All three decisions faced nearly no dissent form the players. Throughout the game, he had great respect from both teams. During the two penalty kicks, he managed both kicks proactively – warning both team players and goalkeepers -- and with great precision. Especially when the game became 3-1 for Ecuador, tensions started to rise up and players -- especially the Uruguay players -- showed signs of stress. He managed every foul that might potentially be problematic with the same proactive game management style using the correct body language and gestures. His proximity to the positions helped him to diffuse the potentially volatile situations. His overall performance clearly shows he understands both the letter and the spirit of the Laws of the Game (LOTG) as well as “What football expects”.

Oliver is one of the best referees from UEFA and he will definitely be invited to the World Cup in 2022 if he maintains his excellent performance level.

What can we learn from Olivers, Kuipers, Cakirs, and Skominas of UEFA for our soccer refereeing landscape?

Unfortunately, our referees who envy to become a Michael Oliver start with a serious handicap. They are in Concacaf, and not in UEFA, and MLS is not at the same level as EPL.  Referees who want to climb up the ladder to become first-class referees have to test their skills in very competitive matches. Neither the MLS nor the Concacaf Champions League will bring the competition that UEFA top level leagues or UEFA Champions League/Europa League bring. Since we cannot move the USA into UEFA, we have to be aware of this handicap and find ways of producing more Geigers, Marrufos and Elfaths.

Here is some advice to some young and talented referees who envy to become a Michael Oliver from someone who spent 42 years at all levels of soccer refereeing from serving U.S. Soccer as a Grade 5 referee to being a member of the Panel of FIFA Referee Instructors/UEFA Referee Convention and Head of Refereeing for the Turkish FA. The percentage of readers of Soccer America who are or were high level soccer officials might be rather low but I hope that the other readers of Soccer America will realize after reading this article how difficult it is to become a Michael Oliver; the physical, mental, cognitive, intellectual and economic dimensions of it and the sacrifices it will require to become one.

Any Grade 7 referee who wants to be promoted to the State level should have a good knowledge of the Game Mechanics as a referee as well as an assistant referee and should apply this knowledge on the field. Game Mechanics includes but not limited to the Diagonal System of Control, the effective use of the whistle and signals, the correct flag using techniques, correct positioning during set plays and the flow of the game. One can read the sections regarding the Game Mechanics in the LOTG (Practical Guidelines for Match Officials) as well as watching high-level games with a special emphasis on the Game Mechanics used. Listening to the advice and feedback of referee coaches on game mechanics will also be very useful.

Once you reach the Grade 6 level, you should start thinking about the spirit of the LOTG. Although learning the letter of the LOTG is rather is easy understanding the spirit of the LOTG is not. The LOTG says: “Football must have Laws which keep the game ‘fair’ as a crucial foundation of the beauty of the ‘beautiful game’ is its fairness – this is a vital feature of the ‘spirit’ of the game.” In order to understand the spirit of the LOTG, one has to answer the question “why” for each and every sentence in the LOTG through the lens of fairness and safety. This is not an easy task. One has to also go through different resources to understand the History of the LOTG – how various Laws have evolved over time – to have a better understanding of the spirit of the LOTG. For example, if a goalkeeper at the 80th minute of a league game whose team is losing the game 3-0 keeps the ball in his/her hand for 10 seconds and the referee awards an indirect free kick for this offense, it is clear that the referee knows the letter of the LOTG but unfortunately does not understand the ‘spirit’ behind the ‘letter’. The ‘letter’ was written so that goalkeepers do not get involved with time-wasting tactics by holding the ball in their hands for unreasonable amount of time. The goalkeeper whose team is losing a league game by a score of 3-0 in the dying minutes of the game cannot be getting involved in time-wasting tactics.

Just to give one example, until this year the LOTG talked about “deliberate handling”. Now the LOTG (2019-2020) talks about “a handball offense”. Even the change of the letter of the LOTG from “deliberate handling” to “a handball offense” reflects the philosophy what “What football expects.” Although previously the offense was called “deliberately handling,” all the players, coaches and spectators referred to it as “handball”.

Another example: The new LOTG says “It is an offense if a player ….

• scores in the opponents’ goal

• scores in the opponents’ goal directly from their hand/arm, even if accidental, including by the goalkeeper.”

The key word here is “accidental.” “Accidental” is just the opposite of “deliberate.” Even though in the past, the letter of the LOTG talked about “deliberate handling” football did not want a goal scored through a contact with the hand/arm whether it be deliberate or accidental. Football here means players, coaches and spectators who did not find it “fair” for a goal to be scored with the accidental or deliberate use of the hand. So now the letter of the LOTG is in harmony with “What football expects.”

Another manifestation of “What football expects” in the LOTG is the removal of what is called the “triple punishment”: The red card, the penalty kick and mandatory one-game suspension. Football did not find this to be fair so the LOTG changed.

For the purists and the “referees by the book” the concept of “What football expects” to overtake the letter of the LOTG will not be easy to swallow. Let us not forget the referees are the servants of the game and not the other way around. The current letter of the LOTG reflects the realities of modern officiating. The referees have to follow “What football expects."

U.S. Soccer grade 5 referees and above have to live through this change. Not every detail of “What football expects” will be evident and accessible to the referees. They have to go through a painful cognitive and intellectual but a rewarding process of understanding “What football expects."

We will continue of commenting and advising on the requirements of the modern soccer officiating in our next article.