Playing joyless, predictable, error-ridden soccer, the USA lost, 3-0, to Venezuela in its final tuneup before the Gold Cup. Venezuela was coming off a 3-1 friendly loss to Mexico last Wednesday, when the Americans fell 1-0 to Jamaica. 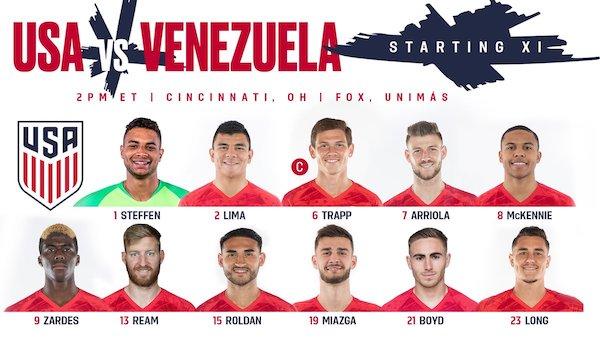 For the second game in a row, Zack Steffen passed the ball straight to an opponent in front of the U.S. goal. This time it resulted in a goal, Venezuela's opening strike in the 16th minute. He stranded himself far outside penalty area in the second half and was lucky not to get punished for that misjudgment.

Right back Nick Lima moved forward to hit some decent crosses. Matt Miazga, notable for his nonchalance on the first goal, misjudged the throw-in that came through the middle leading to the second goal, before Aaron Long was beaten by Jefferson Savarino. On the third goal, Long lost track of Salomon Rondon and got juked by him after he caught up. Miazga also hit several through balls that failed to reach a teammate. Tim Ream, along with Weston McKennie, was slow to react to the rebound that Savarino slammed home.

No creativity in the American central midfield made the U.S. attack oh so predictable. Tyler Boyd made some right-wing forays, then faded. Paul Arriola was MIA on the left wing in the first half and had a treble of misses in the second half: from two yards out after a Lima service, straight to the keeper from 6 yards, and wide from 8 yards. One of those was set up by a nice lofted pass from Cristian Roldan, who did little else. Weston McKennie had a close-range header and a 14-yard shot saved by Wuiker Farinezin the first half, then called it a day. McKennie and Wil Trapp seemed unaware that they might want to combine at times to give the midfield a semblance of cohesion.

Credited for rejuvenating Gyasi Zardes' career while in Columbus, Gregg Berhalter hasn't yet pulled that off with Zardes' career on the national team front.

The few times he got near the ball, Jozy Altidore mis-played short-distance passes. Duane Holmes committed two fouls in midfield within a minute of entering the field and got yellow-carded. He arrived late for a low Lima cross that would have been a poke-in. Jordan Morris shot wide in the 67th minute and collided with Roldan to deny him of a clear header on goal in the 79th minute. 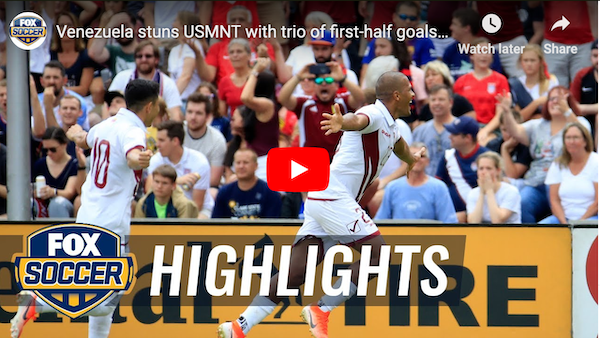