When the referee blows the kickoff whistle for the USA’s games at this Women’s World Cup, it’ll be all about how the Americans play. About whether they can repeat as world champions and how much joy they bring to their fans. The off-field things, as Alex Morgan  says, “we have to put on hold.” 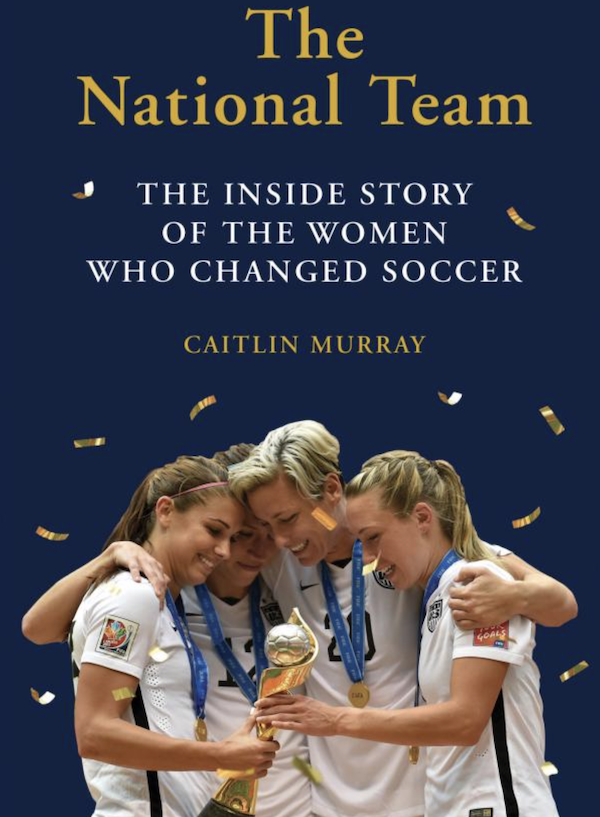 The off-field things -- a big one right now is the players’ gender-discrimination lawsuit against the U.S. Soccer Federation -- are a major of part Caitlin Murray’s book, “The National Team: The Inside Story of the Women Who Changed Soccer.”

The book is a comprehensive account of the glory and strife that has accompanied the rise of the U.S. women’s national team, from the days of wearing men’s hand-me-down jerseys to gracing the covers of Time, Newsweek, People and Sports Illustrated.

From returning as champions of the inaugural World Cup in 1991 with zero fanfare, to a New York City ticker-tape parade in 2015.

From winning a gold medal in the 1996 Olympics with a final victory that wasn’t televised, to lifting the 1999 World Cup title in an ABC-televised game viewed by 40 million.

The U.S. women’s successes are already well-documented, and Murray concisely recounts the on-field glory with enough lesser-known background to make it a pleasant reminisce. But what makes this book engaging is the behind-the-scenes reporting on the strife and controversies.

Murray makes good on the “Inside Story” part of the title, thanks to the scores of interviews she conducted. We get a variety of opinions on how controversies unfolded. Such as the influence the players had on the tenure of coaches. To various degrees, we’ve speculated on how and why the coaching stints of April Heinrichs, Greg Ryan, Pia Sundhage and Tom Sermanni came to an end, but Murray sheds new light on these.

When it comes to the discord between the players and their coaches and the Federation, it must be noted that the U.S. women’s national team is unique. In no other national team situation in the world, women or men, is the national team so big a part of all the players’ careers. Thus, the ups are higher and the downs more dire. 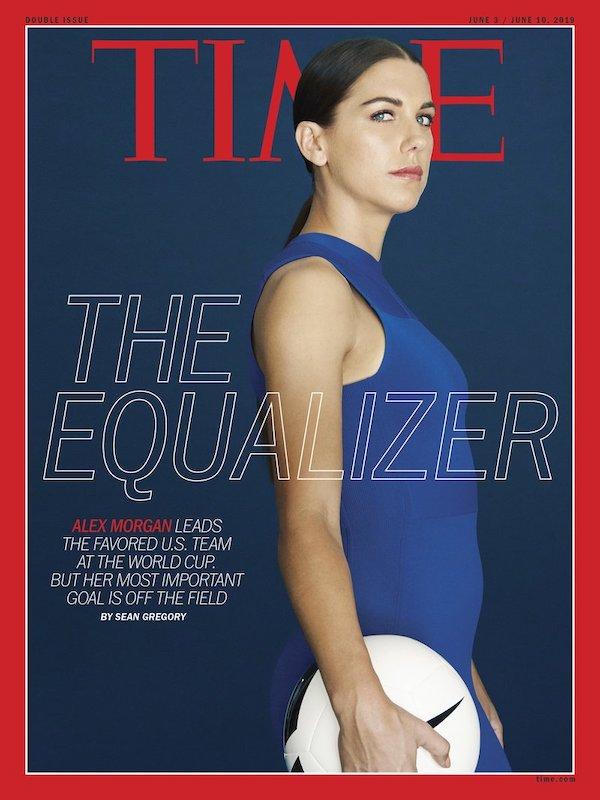 Men can have lucrative careers without ever getting near a national team jersey. For the American women, their careers depend on U.S. Soccer. After two professional leagues failed -- the WUSA lost $100 million in three years, as Murray points out – it is thanks to U.S. Soccer and the efforts of then president Sunil Gulati that there’s currently a women’s pro league, the NWSL.

“On U.S. Soccer’s part,” Murray writes, “it was a significant investment. … U.S. Soccer eventually put $10 million into the league over the course of its first six seasons.”

It’s a credit to Murray that while she points out all the blunders U.S. Soccer made in how it treated the women’s issues, she also interviewed the USSF presidents Alan Rothenberg, Bob Contiguglia and Gulati – and she explains the complexities of the negotiations and the collective bargaining agreements, the different timing of which for the men and women created much of the problem.

This stands out, in reference to when the players vs. USSF acrimony peaked:

“Sources at the federation now say if John Langel had still been the team’s attorney, he would’ve just called up Sunil Gulati and asked that the women get whatever was in the new men’s contract. It would have been an easy sell, they say: the discrepancy in per diems, for instance, was worth only about $40,000 a year, a drop in the bucket. The issue would’ve never been part of a public fight. But John Langel wasn’t the team’s attorney anymore, and the discrepancies in favor of the men were powerful ammo in the equal pay campaign.”

Langel, as Murray explains, didn’t pull punches during his tenure as the players’ representative, for example, his 2004 letter to the U.S. Olympic Committee, which had authority over U.S. Soccer. Murray quotes Hope Solo as to why the players fired Langel in 2014.

“He had a close relationship with Sunil, in fact,” says Solo. “He’d go up to Sunil’s suite every game and sit with him.”

Gulati, after seeing that quote in the book, told me: “John Langel rarely went to USWNT games. It’s possible that in the 15-year period, we sat in a suite together at one game, and I’m not even sure it’s that many.”

Solo had connected with the lawyer Rich Nichols, who took over for Langel. Until he was fired by the players in 2016. In 2017, the CBA was ratified, and the players gained significant commercial rights – the intricacies of which Murray explains in the book that starts out when the team did, in 1985.

In 1985, the insolvent USSF sent a women’s team, which included a 19-year-old Michelle Akers, to play its first-ever games, at a “Mundialito” tournament in Italy.

Three names missing from among those who helped make it happen in Murray’s otherwise wonderfully detailed account are Chuck Blazer, Werner Fricker and Kurt Lamm. Fricker, then USSF president, personally guaranteed a line of credit to keep the insolvent federation afloat in 1985. Lamm, the general secretary, embraced the plan to start a women’s national team. And Blazer, then the USSF’s executive vice president, personally chipped in to fund the trip and convinced Alitalia to comp some of the airfare.

Six years later, with Anson Dorrance as coach, the USA won the first Women’s World Cup, in 1991. Only two U.S. print media outlets, Soccer America (Ridge Mahoney) and USA Today (Roscoe Nance) sent reporters to cover the tournament in China. When they returned, the U.S. players received a congratulations card from the USSF and a $500 check ($950 in 2019 dollars).

“When we won in ’91 … there were two people at the airport to greet us – it was our bus driver and our operations guy,” says Julie Foudy in the book.

When Dorrance first invited a 17-year-old Foudy on a national team trip, she initially declined, claiming she was busy that summer. Dorrance had to explain to Foudy what a national team was to convince her.

“That’s how new and strange the concept of the U.S. women’s national team was,” writes Murray.

This summer, it’s quite likely that the U.S. women will be the most popular athletes in America. The complexities of how they've gotten this far, as described so precisely by Murray, makes it all the more impressive.

“The National Team: The Inside Story of the Women Who Changed Soccer” by Caitlin Murray (Abrams Press, 2019) Hardcover/352 pages