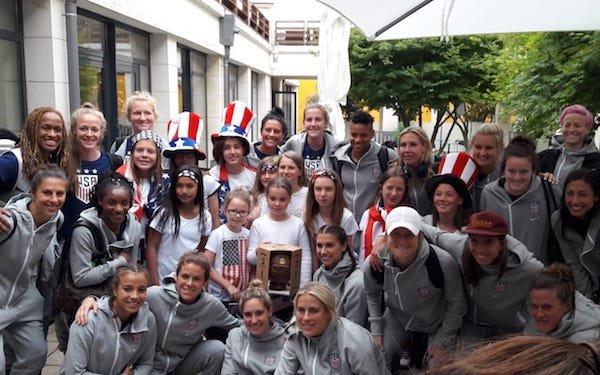 Backdrop. In 2015, the USA opened the Women's World Cup with a group that included Australia, Sweden and Nigeria, which between them had played in 20 of the 21 previous tournamens, and it wasn't until the fifth game in Canada that the starting lineup took shape that took the USA to its third world championship.

“I respect every team over here because I think sometimes it’s incredibly hard to get here," said U.S. coach Jill Ellis on Monday. "So the fact that they’re here, they’re competing, and they’re ready, we know we have to be at our very best. That’s the challenge for us, making sure we identify our opponent, but also make sure we focus on ourselves and make sure all our tools are sharpened and ready to go.”

U.S. lineup. In contrast to 2015, Ellis takes a set lineup into the 2019 opener -- the same lineup that won the Concacaf qualifying tournament last fall.

In the Send-Off Series, the only concern was Horan's status. She skipped the SheBelieves Cup with a quad injury, and then started just one of the three matches in May. O'Hara dealt with ongoing issues this spring following ankle surgery last fall but started all three games in May.

Thailand. Thailand qualified for its second straight World Cup by finishing fourth in the 2018 AFC Women's Asian Cup. Taking Australia -- one of the World Cup top six seeds -- to a shootout in the Asian Cup suggests the Thais are competitive in Asia.

Since qualifying, Thailand lost all three games at the Asian Games and Yongchuan International Tournament, won only one of four games in the Cyprus Cup in late winter and then lost to France (3-0) and Belgium (6-1) after getting to Europe in May. By comparison, the USA beat Belgium, 6-0, in April.

U.S. Connection: American Suchawadee Nildhamrong (Miranda Nild) was the leading scorer in 2018 at the University of California. American Tiffany Sornpao is the starting goalkeeper at Kennesaw State. 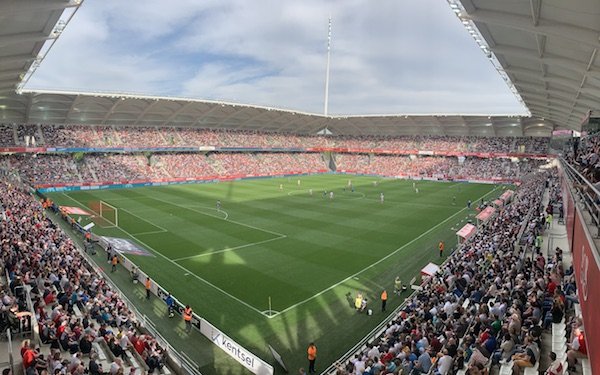