Gold Cup: Anything less than another U.S. championship will be a failure 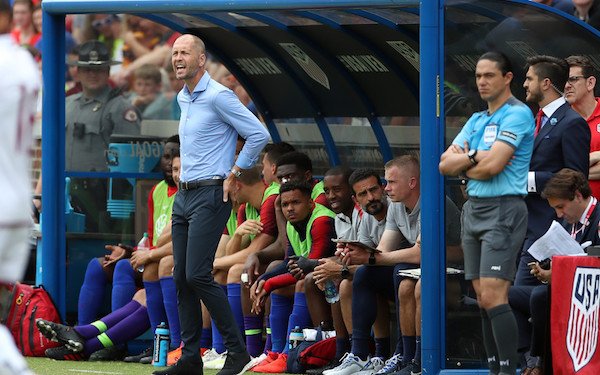 At various times since he was named the U.S. men's national team coach, Gregg Berhalter has emphasized the need to make progress.

“Each and every game, you should expect to see development among the team," he said after being appointed to the job last December. "That's my job.”

With each game, the USA should add another layer of experiences the core group of players can take into the next game and develop the chemistry and rebuild the confidence of a team shattered by its stunning loss to Trinidad & Tobago in October and its failure to qualify for the 2018 World Cup.

“As with any team building, it’s a process,” Berhalter said at his introductory news conference. “I don’t want to use that as an excuse and say eight years from now we are going to be good. The process has to accelerate."

Weston McKennie, one of the USA's top young players, takes it one step further.

“We want to progress," said McKennie at the U.S. ahead of Tuesday's Gold Cup opener against Guyana in St. Paul, Minnesota. "Of course, that also means winning the games, but we want to develop our style. Our goal is to make people see U.S. soccer as something different as what they see now, probably.”

Eight months after Berhalter was hired, the rebuilding of the national team is still a work in progress and people are waiting to see a new and different style. By those measures, the USA might not have to win the 2019 Gold Cup, but it has to do what it has failed to do so far in the four friendlies that mattered since Berhalter took charge.

In Berhalter's own terms, which he emphasized time and again, the USA needs to (1) dominate its opponents, (2) consistently break down their backline and (3) create good scoring opportunities in the opposing penalty area. That should not be asking for a lot, but so far it's been a struggle to achieve these three goals. 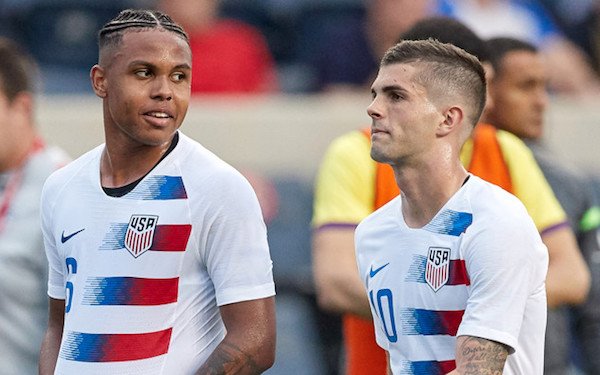 The closest the USA came to achieving all three, ironically, was in the second half of the Venezuela game it lost, 3-0, after conceding three horrible goals in the first half.

"I think to a certain extent we did that really well," Berhalter said after the debacle in Cincinnati.

Otherwise, the USA has created few chances, matching the same number of shots on goal against against La Vinotinto it created in the three previous matches combined:

One is tempted to give Berhalter the benefit of the doubt. In March, he said his European-based players had only a couple of practices before the first game against Ecuador. In the two friendlies that followed the Annapolis camp, Berhalter was working on building up the fitness of players who had been selected after suffering hamstring injuries.

And at the Gold Cup, the USA will be without its best defender, John Brooks, and the player around whom Berhalter built his primary attacking and defending scheme, Tyler Adams.

The USA has not done well at the last two post-World Cup Gold Cups.

In 2011, it lost for the first and still only time in the group stage when it fell to Panama, 2-1. Days after the USA lost to Mexico, 4-2, in the final, Coach Bob Bradley was fired.

In 2015, the USA finished fourth -- its worst finish since 2000 -- and struggled throughout most of the tournament to dominate weaker Concacaf opponents. Jurgen Klinsmann kept his job for more than a year after the Gold Cup, but the writing was on the wall.

Both Bradley and Klinsmann were in the first year and second year of their second cycles with the national team when they got fired. Berhalter is in the first year of his first cycle, so he will get a longer leash, barring a complete disaster.

By that standard, anything less than the USA winning the Gold Cup back at Soldier Field on July 7 has to be considered a failure for Berhalter.

men's national team
7 comments about "Gold Cup: Anything less than another U.S. championship will be a failure".
Read more comments >
Next story loading