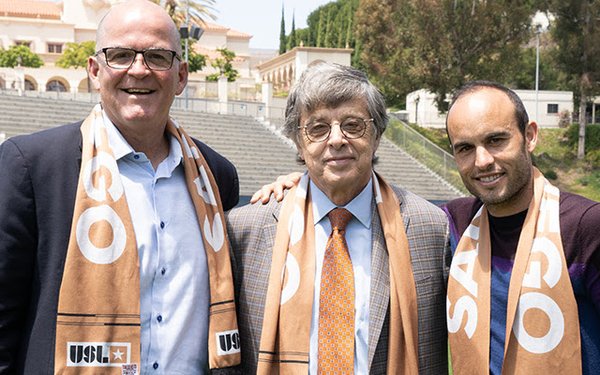 San Diego remains one of the vibrant soccer markets without an MLS team after a deal to build a SoccerCity complex was rejected by city voters in 2018, but it has attracted interest from other leagues.

Liga MX's Xolos play in Tijuana, where it regularly draws fans who cross the border from across Southern California.

San Diego 1904 FC is slated to play in NISA, though no formal plans for the 2019 season have been announced with only a couple months to go before its scheduled launch in late summer.

ASC San Diego plays in the NPSL and is scheduled to play in the Founders Cup, which begins in August.

But the USL's announcement that San Diego will enter the USL Championship in 2020 or 2021 changes everything.

-- Sacramento Republic FC co-founder and former president Warren Smith will serve as majority owner;
-- Landon Donovan, who moved to the San Diego area when he retired from the LA Galaxy in 2016 and worked on the SoccerCity bid, will be executive vice president for soccer operations;
-- The new team has secured a three-year lease to play at the University of San Diego's Torero Stadium.

“We are delighted to bring USL Championship soccer to San Diego,” said USL CEO Alec Papadakis. “It is a proud community with a rich soccer history, and we have no doubt that Warren Smith – a man of great experience and character – will lead this club successfully in to the future.”

The latest move doesn't mean an MLS team in San Diego is dead. San Diego State University, which won the city referendum to build on the Mission Valley, has proposed to build 35,000-seat stadium that could be used for soccer.