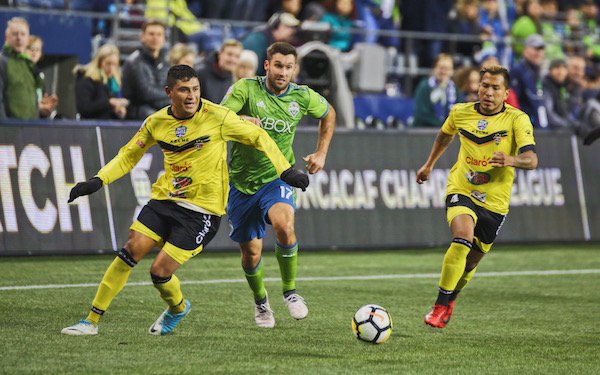 The Seattle Sounders, already short-handed for the next three weekends because of players on international duty at the Gold Cup and Copa America, suffered a huge blow when forward Will Bruin was lost for the remainder of the 2019 MLS season with a torn ACL in his right knee.

Bruin, 29, has not been a full-time starter since Peruvian Raul Ruidiaz was signed following the 2018 World Cup, but he has been a very valuable asset up front in a pinch. He has scored 20 goals in three seasons with the Sounders and has 70 goals in total in nine seasons in MLS.

Bruin is the second veteran the Sounders have lost for the season. Chad Marshall, the three-time MLS Defender of the Year, retired a month ago because of knee problems.

The Sounders are off this week but then have three games in eight games before the finals of the Gold Cup and Copa America.

Ruidiaz is currently in Brazil with Peru for the Copa America. Jordan Morris, who has been used on the wing but can play up top, is with the USA at the Gold Cup.

The only other forward under contract is 17-year-old Alfonso Ocampo-Chavez, who scored four goals for the USA in its run to second place at the Concacaf Under-17 Championship in May. Ocampo-Chavez signed a first-team pro contract after the tournament but has yet to play in an MLS game.

One name mentioned as short-term help is 23-year-old forward Justin Dhillon, the top scorer (six goals) for the Tacoma Defiance, the Sounders' second team in the USL Championship.