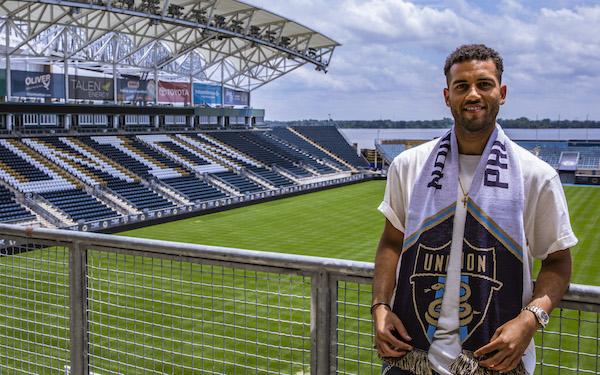 The Philadelphia Union signed German-American forward Andrew Wooten, who finished tied for fourth in the 2018-19 2. Bundesliga with 17 goals for Sandhausen.

“He is a strong forward who had interest from many teams around the world," said Ernst Tanner, the Union sporting director, "so to have him choose Philadelphia as the next stop in his career is a tremendous compliment. We are all looking forward to integrating Andrew as quickly as possible and having him ready to play as soon as he is eligible following the opening of the transfer window.”

Wooten was signed using Targeted Allocation Money and will be available to the Union when the July 9 secondary transfer window opens. He earned one cap for the United States, appearing as a substitute against Costa Rica on Oct. 13, 2015.

The Union went into the Gold Cup break with a four-point lead in the Eastern Conference. It is second in MLS in goals with 31 but has no one with more than four goals.

Young Brazilian Sergio Santos was supposed to take over at center forward but he has been bothered by injuries and played only 364 minutes. Cory Burke, last year's top scorer, is in his native Jamaica, unable to return to the USA until visa issues are straightened out.

Pole Kacper Przybylko, who spent six seasons in the German second division, started the 2019 season with Bethlehem Steel in the USL, but took over as the Union center forward when Burke was lost. He has started the last nine games and scored four goals.

Besides Wooten and Przylko, Tanner plucked 22-year-old Kai Wagner from the German lower divisions and he stepped in and won the starting job at left back.