USA-Spain: Spanish are quickly making up for lost time 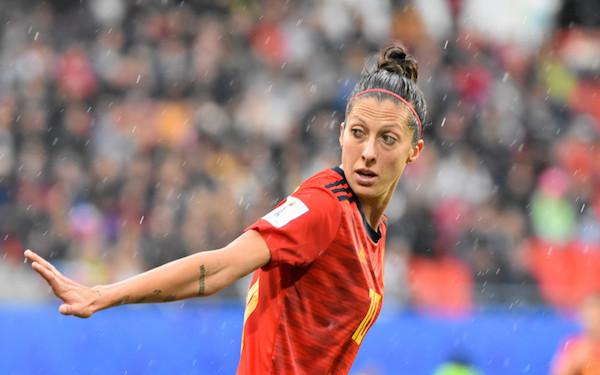 Spain is a heavy underdog when it faces the USA on Monday in the round of 16 at the Women's World Cup.

La Roja didn't qualify for the Women's World Cup for the first time until 2015, and its 3-1 win over South Africa in their Group B opener is the only victory in six matches over the two tournaments.

Spain struggled to beat South Africa, which led until it conceded a pair of penalties, both converted by Jennifer Hermoso, late in the second half and a last-minute goal from substitute Lucia Garcia.

As it showed when it hosted the USA in their first meeting in January, Spain has the skill to hold its own with any team. The problem is converting that into tangible scoring opportunities.

La Roja, which lost to the USA, 1-0, on a second-half goal by Christen Press in Alicante, failed to score in its next two Group B games, losing to Germany, 1-0, and tying China, 0-0, with a result that assured both teams spots in the knockout round. Spain had the edge in possession against Germany -- 59-41 percent -- but managed to put only two shots on goal. Against China, it couldn't score despite finishing with a 24-1 shot advantage.

Of Europe's big five countries -- England, France, Germany, Italy and Spain -- Spain got the latest start in terms of developing its women's programs, but it is quickly making up for lost time.

That success should continue as Barcelona, Atletico Madrid and Athletic Bilbao, the dominant clubs in Spanish women's soccer, have started entering girls teams in local boys leagues. The New York Times reported that one Barca girls team won all 30 games and scored 329 goals this season in a Catalan league.

At the club level, Barcelona became the first Spanish club to reach the UEFA Women's Champions League final, falling to Lyon, 4-1, in the final. Barca had 15 players on Women's World Cup rosters -- the most of any club in the world -- and has already signed Norwegian star Caroline Graham Hansen from Wolfsburg for the 2019-20 season.

In March, a match between Atletico Madrid, the Liga Femenina Iberdrola, and Barcelona at Atletico's Estadio Metropolitano Wanda drew 60,739 fans, a world record for a women’s league match, and

The growing interest in women's soccer has drawn the attention of Real Madrid, the biggest European club that has until now not had a women's team. On Saturday, Spanish daily El Mundo reported that Real Madrid is set to take over CD Tacon, a Madrid club that was promoted to the Liga Femenina Iberdrola, and operate a women's team.

Its initial investment would be modest -- most of Spain's best players are already contracted for next season -- and the move is fraught with legal technicalities -- namely, FIFA's ban on teams gaining promotion by means other than sporting considerations -- but it should allow Real Madrid to get involved just as the women's pro game starts to take off.

In what form the Spanish league will operate remains to be seen. The Spanish federation (RFEF) has introduced a plan to operate a new league in 2019-20 and announced plans to spend 20 million euros ($22.8 million) on women's soccer in 2019-20. It includes a broadcast deal for which it hopes to enlist the support of DAZN, Twitter and Facebook.

That puts the RFEF in opposition with ACFF, the club association that operates the Liga Femenina Iberdrola and is backed by La Liga, and its plans for a new broadcast deal with Mediapro.

Palco 23, a Spanish sports business publication, reported last week that the RFEF plan had the support of all but the big four clubs -- Barcelona, Atletico Madrid, Athletic Bilbao and Espanyol -- and would include an Elite division with 8-16 teams and Promesas division with four regional groups.

RFEF president Luis Rubiales has sold the clubs on the idea that the new league can secure more than the $3 million a year Mediapro offered the Liga Femenina Iberdrola. Another big factor in its favor: The RFEF will control qualification into the UEFA Women's Champions League.

The Asociación Española de Futbolistas -- the Spanish women's players association -- reported that the median salary in the Liga Femenina Iberdrola was about $5,500 a year.