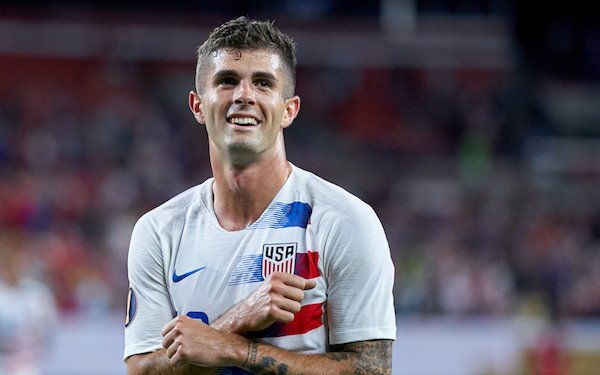 The U.S. men's national team, which scored just two goals in four games against "A" national team opponents since Gregg Berhalter took charge as head coach in late 2018, broke out for 10 goals in the first two games at the Gold Cup.

Even when you take into account that they were against Guyana (4-0), the longest-ranked entrant in the 2019 Gold Cup, and Trinidad & Tobago (6-0), which has won one international game in the last year, they reflect success the USA is having in implementing the system Berhalter has been working on since he took charge.

Similar to his work in his five seasons at the Columbus Crew, the USA has emphasized wing play -- or using players moving in from the outside to break down opposing defenses on the dribble or with penetrating passes to create high-quality chances in the penalty areas.

That was certainly true in the T&T game when the first five goals consisted of plays that were developed or finished from the outside:

Aaron Long (Christian Pulisic), 41st minute: Ball played from near the corner of the 18-yard box crossed to the far post for a header.

Gyasi Zardes (Nick Lima), 66th minute: Ball played to overlapping right back and headed through the six-yard box for an easy tap-in.

Gyasi Zardes (Christian Pulisic), 69th minute: Run through the middle to center forward slipping into the left side of the box for a curling shot into the far side netting.

Christian Pulisic (Jordan Morris), 73th minute: Dribble into the right side of the area to player unmarked in the middle.

Paul Arriola (Jordan Morris), 78th minute: Flicked pass to winger played into the box to set up another easy tap-in.

The U.S. attack has emphasized Lima, the right back, often playing as a right wing and Tyler Boyd, the right wing, playing a more central role and Pulisic often drifting to the outside on the left side where Arriola starts out.

"I think the diversity in our game showed today," Berhalter said after the T&T game. "We hit a couple of good offensive transitions, we had some good buildup, so I liked that we played with that diversity which in a tournament is important."

He added that getting his players up to full fitness had a big impact and a second-half adjustment -- when the USA scored five goals and could have easily had five more -- played a big part in the T&T rout.

Regarding Pulisic, who had his best game of 2019 with the national team, Berhalter said getting the Chelsea-bound attacker in good attacking positions was important.

"The structure around him accommodates him being flexible," he said.


"We felt that our fitness could have an effect on them. And then a slight adjustment that we made in the second half was dropping our right winger down into the space. Their man rotated into the midfield and we needed to create an extra man, and when we dropped the midfielder down it had a positive effect on match.

"We moved our right-back up to keep [Cordell] Cato from transitioning, and it pinned him back, but then it created space in the midfield."

Pulisic was the biggest beneficiary. He set up the second of Zardes goals and thrived in the additional space that came as Trinidad and Tobago were forced to take more risks.

"I think what we're doing is trying to put him in a position where he can [take a game over]," Berhalter said of Pulisic. "The structure around him accommodates him being flexible.

"It's something that you see tonight; very fluid with his movement, dynamic, able to take players on, good ball security. And then today was great in that the final product was there also which is always important for attacking players."