Gregg Berhalter: 'The decision to start 11 new players was an easy one'

The USA completed a sweep of group stage at the Gold Cup with a 1-0 win over Panama Wednesday night in Kansas City.

"The decision to start 11 new players was an easy one, to be honest," he said. "We believe in the group, we believe in keeping the group together, we believe that everyone can contribute to this team, for the team's success, and we wanted to show that. The guys have been training really well and they deserved this opportunity."

Jozy Altidore scored the game's only goal in the 66th minute. Berhalter said he wasn't sure how long Altidore, who is coming off a hamstring injury, could play, but he was pleased what he heard at halftime from Altidore, who said he wanted to stay on. 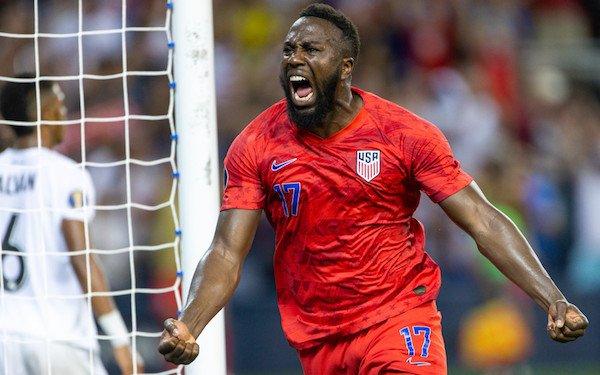 Berhalter liked how his players battled even though they were already through to the quarterfinals and up against a physical Panama team.

"First, I thought they were brave in their approach to the game," he said. "It was warm, and we wanted to go out and be aggressive and be attacking and try to get behind them and create goal-scoring opportunities. But aside from that, I think especially when we scored, you see that guys can dig in, you see that they can keep fighting, and you see that they can fight for each other, and that's important. That goes a long way. The team spirit is really good right now and it's been fun to watch these guys develop."