Going for goal benefits young players in many ways

Let’s get something straight: Defense does not win championships.

Defense can get you a tie. But at some point, the ball has to go in the 8x24 thing at the other end of the field.

In league play, if you concede a goal or more per game, you can still finish mid-standings or higher. If you can’t score at least a goal per game, you’re in a relegation battle.

In a 24-team tournament like the Women’s World Cup, three 0-0 draws might get you to the knockout round, where you can start forcing games to kicks from the mark. But then you have to convert from the spot.

The 1999 final finished 0-0 and is best remembered for Briana Scurry’s save and Brandi Chastain’s final goal in the tiebreaking kicks from the mark. Forgotten is the fact that four other players -- Carla Overbeck, Joy Fawcett, Kristine Lilly and Mia Hamm -- converted their kicks as well.

All of this should be obvious, right?

And yet in youth soccer, for all our talk about encouraging players to attack, we often reward teams that do the opposite.

In the rec league my son’s team won this spring, I was told by a fellow coach that we had only made it to the championship game because his team tied their last game instead of winning, which would have put our teams level on points. I pointed out that we were way ahead on goal difference. Yes, he said, but the tiebreaker was actually goals allowed -- because they didn’t want teams to run up the score.

(The head coach and I were unaware of this rule and would have approached things a bit differently had we known, but that’s another issue.) 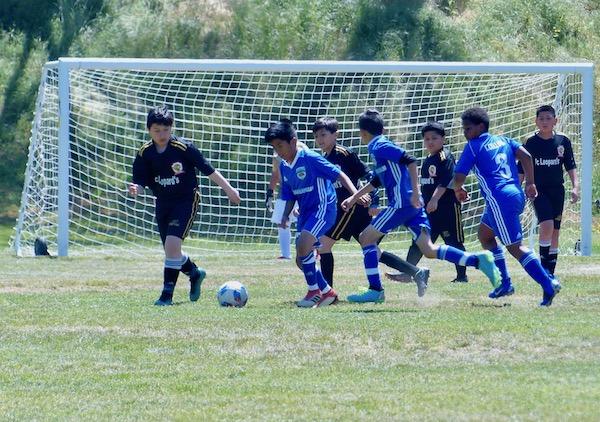 Sure, no one wants to see a bunch of eighth-graders hanging 13 on a hapless opponent. But is it somehow better to strangle the game when you’re up 3-0 than it is to give the other team a chance to keep playing actual soccer?

As someone who has endured dozens of blowouts, I can tell you it’s better to lose 8-2 than it is to lose 5-0. If it’s 8-2, at least you have two moments in which everything came together. You’ve applied all that practice in dribbling, passing and finishing.

And that’s what we’re supposed to be teaching, isn’t it?

In training, we do. From an early age, we’re introducing players to the ball. Learn to dribble. Learn to pass. We don’t use goalkeepers until U-9.

But then organizers change the game. It’s not just my rec league. Tournaments, including a few major ones, use goals allowed or shutouts high up in their list of tiebreakers, just after or even ahead of basic goal difference. Some tournaments actually award a bonus point in the standings for a shutout.

Do we really want teams to shut things down and park the bus once they take a 1-0 or 2-0 lead?

Rephrasing: Do we want *youth* teams to do that? Aren’t they supposed to be developing their creativity at this age?

Telling kids to cling to that shutout at age 14 is a sure way to develop one-dimensional destroyers. Such players don’t last long at higher levels. Defenders and defensive midfielders have to be able to play the ball, especially in an era that prizes possession. They don’t learn such things when they’re just part of an eight-player pack in their own penalty area.

Teams and tournaments can still take steps to limit those 10-goal romps. Tournaments that use goal difference as a tiebreaker often cap that goal difference -- maybe five goals per game, so that an 8-1 win is no better than 6-1.

Even with that rule in place, teams can continue to play actual soccer. Switch players around from defense to forward. Pull back on opponents’ goal kicks so that the ball is in play in midfield and not just picked away from a terrified defender on the edge of the area.

Just keep playing. Keep trying to score, but let the other team have a chance as well. It’s better sportsmanship than reducing the game to a dour defensive exercise. And it’s better for development for both sides.

Maybe that development will win championships down the road. Defense alone won’t do the trick.