USA-France: One team feels the pressure, the other lives there 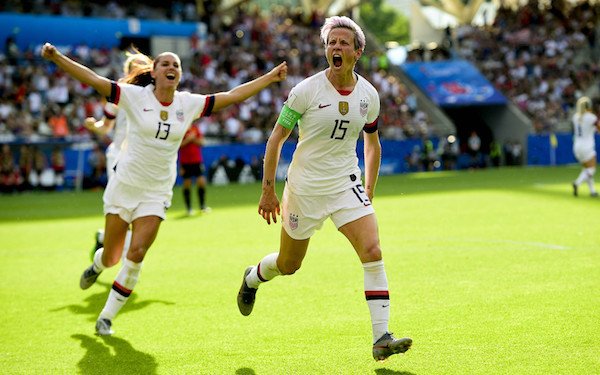 If you've followed women's soccer for the last decade, you could make the case that France has had the best team in the world.

The only problem: Time and again, Les Bleues have cracked under pressure, winning one game in the knockout round of the six championships in which they have played.

France coach Corinne Diacre says the pressure will all be on the "best team in the world" Friday night when her Bleues face the USA in what Hope Solo, who is working as an analyst for the BBC at the 2019 Women's World Cup, calls "the match of the century."

But there's been nothing to suggest the pressure at the 2019 Women's World Cup isn't still all on the French, despite what Diacre says.

"When you come up against the United States," she said on Thursday, "there is no pressure. Quite the opposite. We are coming up against the best team in the world. The only pressure we have is to produce a good performance."

Which is exactly the problem.

Since crushing South Korea in the tournament opener, France has struggled, eking out one-goal wins over Norway (2-1), Nigeria (1-0) and Brazil (2-1).

Diacre has been savaged in the French press and on talk-shows for everything -- her tactics, her stern manner and her poor relations with her players, in particular star Wendie Renard whose captain's arm band she stripped when she was named head coach in 2017.

In January, before the USA-France friendly in Le Havre, Diacre criticized the work habits of France's top young striker, Marie-Antoinette Katoto, whom she finally dropped from the World Cup team, and Renard shot back, "It would be better to wash your laundry in private."

Asked to comment on Renard -- a defender -- being France's top scorer at the World Cup with three goals, Diacre asked snidely, "Are you counting her own goal?" (in reference to putting the ball into her own goal for Norway's lone goal in France's 2-1 win in the group stage).

On the U.S. side, the only person its captain, Megan Rapinoe, has poor relations with is President Donald Trump, and she showed on Thursday no signs of feeling the pressure of having the president on her case.

“I stand by the comments that I made about not wanting to go the White House, with the exception of the expletive,” she said. “My mom will be very upset about that."

The opening statement was intended to put the Trump feud behind her and get on to the task at hand -- Friday's quarterfinal -- but for the next 10 minutes Rapinoe responded to five questions -- only one about the game -- with U.S head coach Jill Ellis, who normally does most of the talking at pregame press conferences, sitting quietly by her side with an amused look on her face.

“We all support Megan," Ellis later said. "She knows that. For our players, there’s only one purpose, one mission here. Comments, media – it’s always been something we can block out pretty easily. I’m not around them all the time, so I don’t know what they’re posting or saying. But on the training ground, the meeting rooms, the focus has been phenomenal.”

If the USA was feeling any pressure, Rapinoe wasn't showing it.

“This U.S. team lives in pressure,” Ellis said. “When you are young and come into this program, there is always a target on your back. This is a big game, the players know that. You’re wired for this and built for this. Some teams visit pressure, but we live there.”