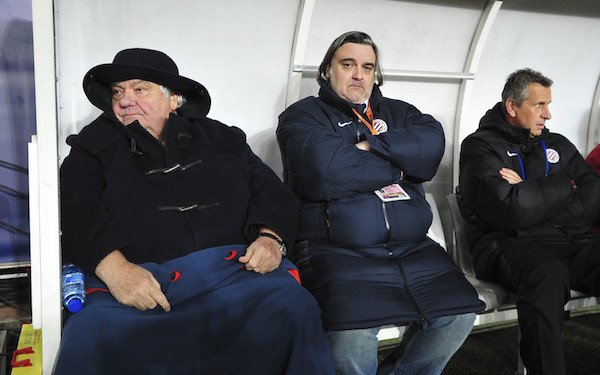 The late Louis Nicollin -- "Loulou" to his friends -- was the epitome of a French club president from another era.

On match days, you could find most presidents, a cigarette hanging out of their mouth, huddled on the team bench next to their coach.

Like most club presidents, Loulou was a self-made man -- he made his fortune in the garbage business -- and poured his money into his passion, le foot.

He took control of Montpellier Paillade Sport Club, then an amateur team in the  Division d'Honneur, in 1974. It pulled one of the greatest upsets in French soccer history, winning the Ligue 1 title in 2012. The star of the team was Olivier Giroud, who went on to be the starting center forward on France's 2018 World Cup championship team.

The rotund Nicollin was famous for his collection of soccer jerseys. He had so many -- 4,000 -- be built a museum for his sports collection.

But perhaps Nicollin's greatest contribution to French soccer was to professionalize the women's game.  Everyone knows of Lyon president Jean-Michel Aulas as the godfather of French women's soccer -- the Women's World Cup final four is at Lyon's Groupama Stadium as a testament to Aulas' contributions -- but it was Nicollin who founded the first women's pro team, in 2001.

At first, all the Montpellier players were amateurs -- they were lucky to reimbursed for their expenses -- but soon Nicollin found jobs for the women at the club, where they worked in the morning, so they could train in the afternoon. Montpellier won the French league in 2004 and 2005 and reached the semifinals of the UEFA Women's Cup in 2006. Nicollin started handing out bonus envelopes and poured even more money into his women's teams until Aulas came along in 2007 and bought Montpellier's best players, Sonia Bompastor and Camille Abily.

Nicollin, died on his 74th birthday following a heart attack in 2017, was honored on Tuesday before the Italy-China game in Montpellier, where the women's team carries on under the direction of Laurent Nicollin, Nicollin's son, and is one of the big three of French soccer -- a distant third in spending behind Lyon and Paris St. Germain.

Like others who have spent their lives promoting French women's soccer, Laurent Nicollin (pictured with his father, left, in 2013) is excited about the success of the Women's World Cup in France with record television viewing numbers approaching or even surpassing in a few cases those of the French men's ride to the 2018 World Cup, but he is concerned it doesn't tell all the story.

"If you read the newspapers," Nicollin told L'Equipe in a recent interview, "you'd think everything is beautiful and rosy and that women's soccer in France is the best in the world."

Far from it, Nicollin is worried that the French women's soccer bubble will burst after the World Cup and the hype doesn't match the reality of a sport generally ignored by the French media.

L'Equipe has published up to 14 pages on the Women's World Cup each day, sending reporters to every match, and around the world for features on the youth soccer scene in Southern California, first-time finalist Jamaica and Martinique, home of French star Wendie Renard. But most weeks, L'Equipe gives nothing more than the scores of the Division 1 Féminine. Nicollin compares Lyon, winner of 14 straight league titles and four straight European titles, to a tree falling in the forest. No one knows how great Lyon is because no one ever reads about it. 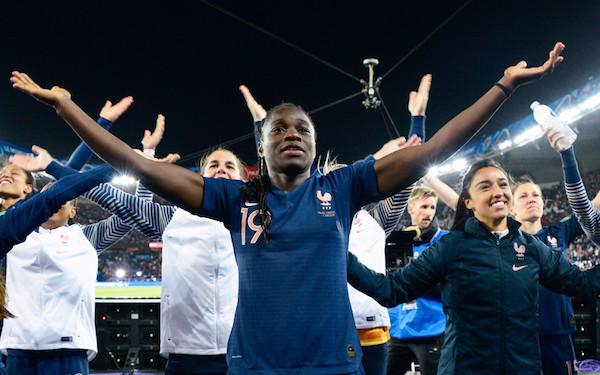 Attendance in the Division 1 Féminine is poor. Nicollin says he'd be very happy if Montpellier gets to the point it averages 2,000 fans a game. For the time being, it gets 500-800 fans at the Stade de Grammont.

The measure of the level of interest in French women's soccer is not the television ratings but the crowds at the Women's World Cup.

The best way to describe the interest in the Women's World Cup is that TV viewers look at it as a big event like Americans view the Olympics -- in patriotic terms. The crowds at many Women's World Cup matches -- those not involving France or the USA -- suffered from high no-show rates. VIP tickets handed out were not used. Ticket packages for the duration of the tournament at individual venues were so cheap that fans didn't have an incentive to use all of them.

There are some very positive signs:

-- Canal+ started broadcasting every match in the Division 1 Féminine last season, and audiences were as high as 500,000 for some matches.
-- After the Ligue 1 Uber Eats and Domino's Ligue 2 -- no, I am not kidding -- the Division 1 Féminine will become the  D1 Arkema, named after the French chemical firm. The 1 million euros ($1.1 million) per year will be split among the 12 clubs.
-- American Joseph DaGrosa, the new owner of Ligue 1's Bordeaux, plans to double the size of the budget of the women's team to 1.5 million euros ($1.7 million). It recently signed Jamaican star Bunny Shaw from the University of Tennessee.

The problem is, most French clubs invest so little into their women's teams that any increases -- like those at Bordeaux -- are negligible.

More than half the players on Division 1 Féminine rosters are classified as amateurs, receiving stipends of as little as 1,000 euros ($1,100) a month, according to a government formula for athletes. Of the seven first division women's teams that are run by Ligue 1 men's teams, Montpellier spends the largest share of its overall budget on women's soccer -- 7 percent -- but that translates to only 3 million euros ($3.4 million). Four spend less than 1 million euros a year on their women's sections.

Another problem: spending on women's programs is viewed from the lens of the needs of men's programs, as even Laurent Nicollin admitted, noting the 3 million euros he spends on the women's team could buy a couple of players for the men's team or help pay for its (boys) academy program.

The legacies of other Women's World Cups give an idea of what are the challenges that lie ahead for the French.

The 2011 Women's World Cup in Germany drew much larger crowds than in France, but it had little impact on the women's pro game. If anything, crowds went down. The NWSL's Portland Thorns probably average double the number of fans the 12 teams in the Frauen-Bundesliga average combined. (Champion Wolfsburg led the league with an average of 1,840 fans a game.)

There is still no pro women's team in Canada four years after the 2015 Women's World Cup.

"It's very French," he told L'Equipe, "to say that every is rosy, then move on to something else the next day. You can't say, "Man, this World Cup, it's super, it's beautiful what the FFF is doing.' Don't stop there. No, we've got to continue moving forward after the World Cup."