The Talk of Lyon: 'Hotelgate' turns USA-England countdown into farce 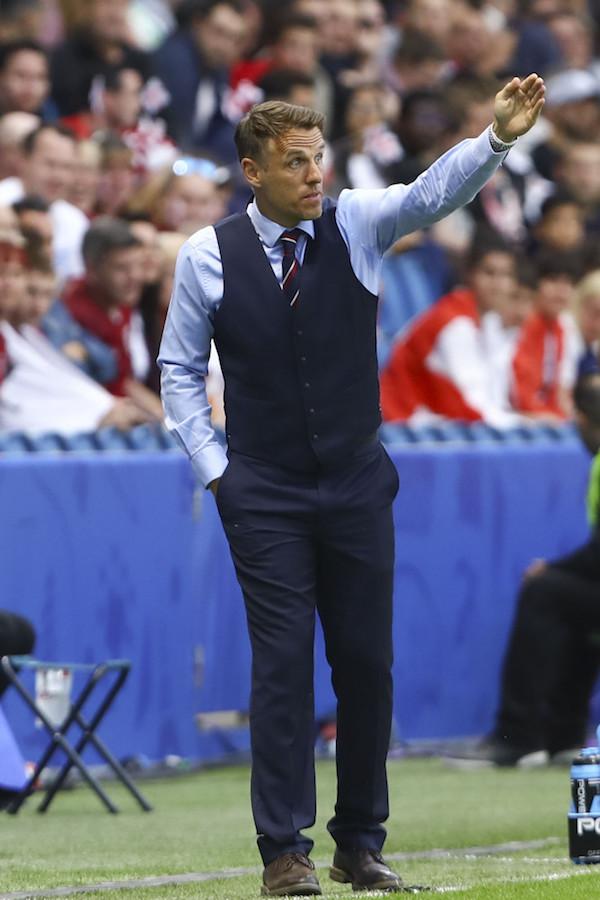 In addition to producing some very thrilling soccer, 2019 Women's World Cup has generated a lot of serious discussion about opportunity and equality and diversity in sports, but it descended into farce on Sunday.

The U.S. women's national team has overcome a lot of foes in its time, but it has never had to face the British media before.

With England set to face the USA on Tuesday at the Groupama Stadium in the Lyon suburb of  Décines-Charpieu, the British media needed to find a story on Sunday, the only day they'd have pre-game access to both coaches, and thought they found one.

U.S. Soccer advance staff, checking out its hotel if the USA makes it to Sunday's final at the Groupama Stadium, went to the hotel, Fourvière Hôtel Lyon, located on the site of a Roman amphitheater. for a tour of the facilities. It happens to be the England hotel, and the Lionesses were at practice.

The Americans had alerted FA staff of their plan to visit, despite media problems to the contrary. As it was, U.S. coach Jill Ellis said her administrative staff was simply doing its job.

“I would assume everybody is doing that,” she said. “You have to plan ahead. The only ones who went were the team administrator and her boss. We don’t worry about that. That’s who the two were.”

But England coach Phil Neville did not agree, saying it was a breach of etiquette.

Neville tried to argue Ellis would not have approved of the move.

“It’s their problem," he said. "I’m sure Jill won’t have been happy with that arrangement. I wouldn’t have been, if that was my team ops person going round and I’m sure she will be dealing with their own infrastructure with their own discipline."

For the Women's World Cup, FIFA sets up designated hotels in each venue for teams to use. In the case of Lyon, it designated hotels for the four semifinalists -- the USA, England, Netherlands and Sweden. If the USA wins its semifinal match, it will move to the England hotel for the final. If it loses to England, the USA will head down to Nice for the third-place game.

(L'Equipe went so far as to get North Carolina Courage coach Paul Riley to break down the U.S. second team player by player and rate them. His assessment: The U.S. "B" team might make the World Cup quarterfinals but advance no further.)

"Arrogance has nothing to do with us,” said Ellis. “That’s planning and preparation for staff. I had no idea how we were even going to get to Lyon."

“Ali’s played for a lot of different teams and on the 2015 team,” Ellis said. “It’s a comment about ourselves and how she feels because has played in two different teams. She has the right to say that."