Gregg Berhalter on what went wrong for USA against Curacao 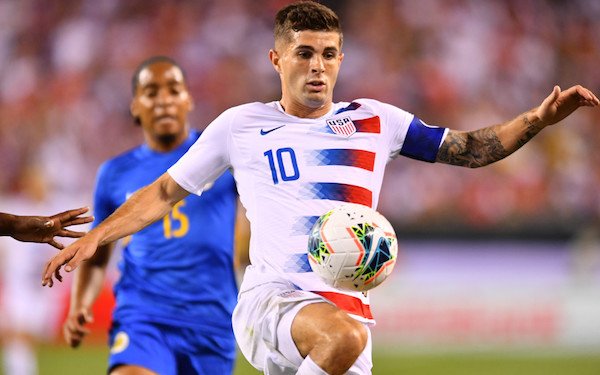 After two positive Gold Cup results with its current first team, the USA took a step back when it struggled to beat Curacao, 1-0, and advance to the semifinals of the Gold Cup against Jamaica.

U.S. coach Gregg Berhalter said the performance was similar to the friendly against the Reggae Boyz in early June when the USA lost, 1-0.

"It's about speed of movement," he said, "having a mentality to turn their defenders, having a mentality to disorganize their defense. We could have been more aggressive with that, for sure. When I think about the last Jamaica game, it was very similar type of performance, where we had an early flurry and could have scored a goal but we then lacked the speed and movement to get behind the backline."

Berhalter praised Curacao for its performance.

“We had the opportunity early to put a couple goals in," he said, "and we didn’t do that. And we kept them hanging around. Then they were very compact, and for us, it was about moving them out of position. Their midfielders were man-to-man against Weston [McKennie] and Christian [Pulisic], and our job was to move them out of position to now find Gyasi [Zardes] or find one of our wingers in the pocket. Especially in the first half, there were times when that came off and it was OK, and just times when there wasn’t enough movement to execute that.”

While Curacao caused the USA lots of problems, it did not create lots of chances.

"When we get pushed, when get in a low-bloc state," Berhalter said, "the guys have performed well defending in the penalty box. Set-pieces have been good. One of them today was iffy but other than that it's been OK."

He said close games have been the norm this summer in the Gold Cup and Copa America.

“An interesting thing about this game, when you look both at Copa America and at Gold Cup, these quarterfinal matches, they’re all tight matches,” Berhalter said. “You guys wanted us to go out here and beat them 5-0, but we knew it was going to be a difficult game. You look at all the quarterfinals so far in this tournament and in Copa America, they’re all tough games. They know there’s no tomorrow if they lose.”