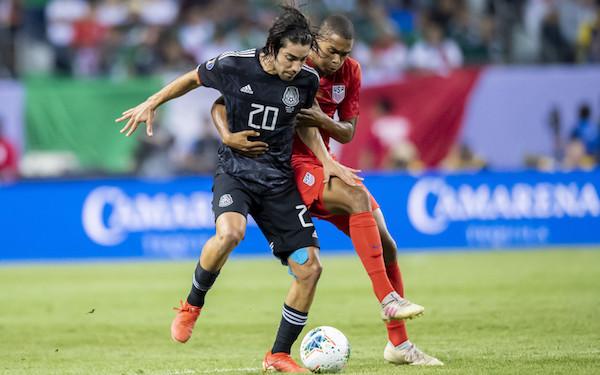 “Martino can finally sleep after his Gold Cup victory,” was how El Universal reporter Daniel Blumrosen ended his Gold Cup final match report. The reaction is emblematic of the pressure every El Tri manager faces as the head of the most successful Concacaf team in the past decade.

Gerardo Martino didn’t look tired in his post-match presser, though; he was eager to answer questions. After all, Tata's team had just beaten the United States, 1–0, off of a lovely team goal from Jonathan Dos Santos and a second half that suggested Mexican superiority.

In the end, the Gold Cup stayed true to its script. The Mexican federation executives and the tens of thousands of fans in Chicago expected nothing but Concacaf supremacy, and that’s what they got. Martino finished his six months in charge undefeated and playing genuinely attractive soccer.

Balancing act. When asked by a reporter what his team was missing — given the eight national team regulars who were absent in the Gold Cup — Martino was candid.

“What was missing? More training, more time together,” Martino replied. “The replacements are young, they followed the championship with confidence. I’ll still insist we’d be better with our players who couldn’t come. We can think of one — one of the top three attackers in the Dutch league.  We don’t have any reason to think we wouldn’t be better off without the players who didn’t come. But I’ve been very happy for how the first six months of management have been.”

Martino is referring to “Chucky” Lozano, of course — one of the brightest Mexican prospects who’s out with a knee injury.
The fact is, Mexico won this tournament with almost half of its "A" squad missing. The record eighth Gold Cup title was still expected, though — an interesting oxymoron that only goes to show both Mexico’s overflow of talent and its high expectations.

Going forward, Martino now has to walk a tightrope between appeasing European players who were absent and respecting the newcomers who held their own in the former’s stead. 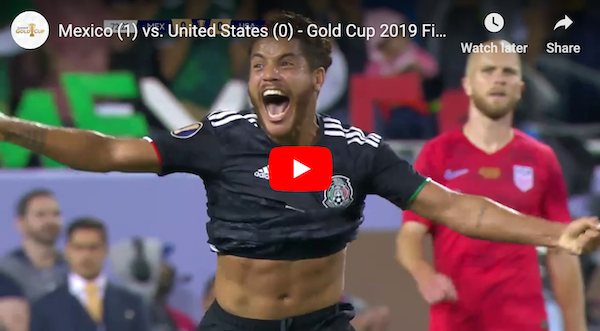 Who impressed Tata? With the next World Cup three years away, Martino got to know players for the future.

Though Dos Santos was named the official man of the match for his goal, it was Monterrey’s Rodolfo Pizarro who pulled the strings for El Tri in the final. It was his clever movement and his deft pass that found Raul Jimenez, who then back-heeled to Dos Santos for the Mexico winner.

Martino acknowledged after the game that switching him to the right side at halftime exposed the U.S.’s faulty left flank. It’s that kind of flexibility that shows Pizarro is one for the future in a system that demands versatility in the attack.

Meanwhile, Uriel Antuna — who Martino said came “through the window” due to injuries — has proved his worth. If anything, players like him, opposite winger Roberto Alvarado and Jimenez are all the more confident to poach minutes from a complacent Tecatito, Chucky, or Chicharito.

Looks from Europe. A silver lining for a Mexico squad without its European contingent was that it allowed youngsters to prove themselves during the summer transfer window.

Edson Alvarez, the versatile defensive midfielder who started every Gold Cup game but its opener against minnow Cuba, displayed his splendid positioning and ball-winning capabilities to European clubs summer shopping.

“Possibilities are opening up,” Alvarez said after the final. “I’m really happy to be more and more close to this dream that I desire with all my heart and hopefully it will be the best for me.” Alvarez has been linked closely with a move to Wolves, where he would join Jimenez.

Pizarro proved his mettle when overcame a gruesome arm injury in the first half of the final. Though he hasn’t performed for Monterrey as his $16 million price tag would suggest, he’s still confident that Europe will come calling. “I’m always going to have this dream,” Pizarro said after the game. “I don’t know if it’ll be this semester, but I know I’ll move to Europe sooner or later.”

There’s no telling how this Mexico squad will compare to the one that plays in the Concacaf Nations League in October. Most likely, the big names will be back. What is certain is that they’ll have young players fresh off of a championship breathing down their necks for playing time. With a situation like that, Martino should have no trouble sleeping.