New Leagues Cup final to be played in Las Vegas 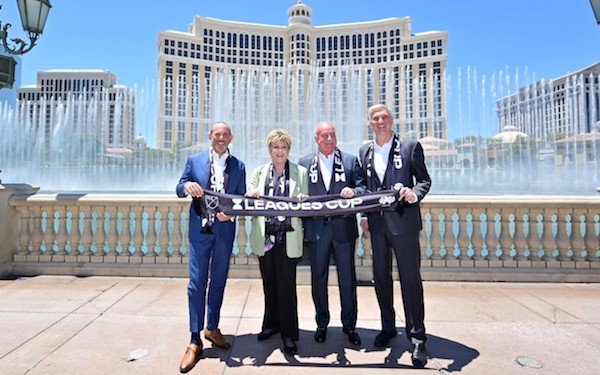 The final of the new Leagues Cup -- the eight-team competition involving teams from Major League Soccer and Liga MX will be played Sept. 18 at Sam Boyd Stadium in Las Vegas.

“Las Vegas is an exciting market that has become a destination for professional teams and marquee sports events, and we’re proud to bring the inaugural Leagues Cup final to the city,” said MLS commissioner Don Garber. “An intense rivalry is developing between Major League Soccer and Liga MX clubs, and Leagues Cup will provide thrilling competition while further elevating the profile of the game in North America. We have no doubt that the support for the historic, first-ever Leagues Cup final from the passionate soccer fans of Las Vegas and surrounding region will be tremendous, and the atmosphere at Sam Boyd Stadium will be electric.”

Leagues Cup begins with the quarterfinals on July 23-24:

The semifinals will take place on Aug. 20 at venues to be determined based on quarterfinal results.