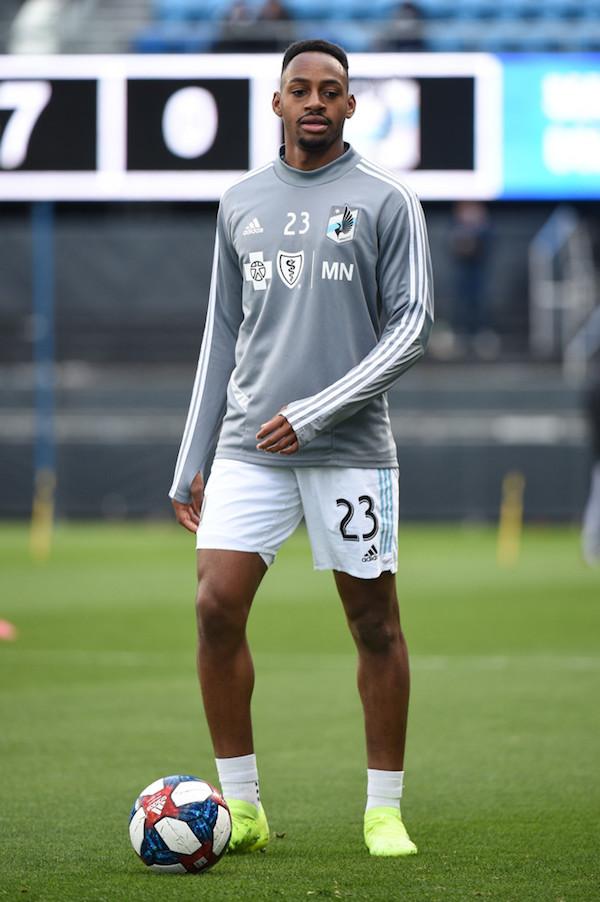 The hottest player on MLS's hottest team is a forward who began the year playing in the new USL League One and three years ago was playing high school soccer.

Mason Toye highlighted the biggest win yet of Minnesota United's run of seven straight wins in MLS and Open Cup play when he came off the bench and scored in the first minute of stoppage time to give the Loons a 1-0 win over FC Dallas.

FC Dallas goalkeeper Jesse Gonzalez made a diving save on Jan Gregus' shot from outside the penalty area but could only parry the ball to Toye, who easily slotted the rebound into the goal.

The game wasn't over, however. Minutes after entering the game, 18-year-old Bryan Reynolds went tumbling to the ground in a collision with Minnesota goalkeeper Vito Mannone. After Video Review, referee Baldomero Toledo awarded a penalty kick, but Mannone dove to his right and denied FC Dallas captain Reto Ziegler from the spot.

“I think it's the biggest win I've had since I've been here, for what it means to everybody,” said Minnesota United coach Adrian Heath. “You saw the reaction of the players, you saw the reaction of the supporters. I’ve got to mention the crowd because I think they got us over the line today and I've never heard the stadium as loud as this, ever. The last five minutes and then when Vito makes the save, incredible.”

Second straight game-winner. The Italian keeper's save ensured Toye would be credited with the second straight MLS game-winner for the Loons, who had advanced to the semifinals of the U.S. Open Cup with a 6-1 win over New Mexico United on Wednesday.

“It’s definitely a top one right now," Toye said of the goal, which was his fifth in less than a month. "This was a really big win for us. The guys were obviously pretty tired out there, and we’ve been playing a lot of games lately so for me to be able to score a goal and to get the game-winner is a huge win in itself.”

What makes Toye's recent run so remarkable is that he had not scored in 17 games for the Minnesota United as a rookie last season and in seven games with USL League One's Forward Madison in the early part of the 2019 season.

AAU basketball star. Toye had played for the New York Red Bulls academy but later briefly switched to concentrating on basketball in which he was an AAU star. He finally ended up playing soccer at Seton Hall Prep, where he was the New Jersey prep player of the year, and for PDA. After one season at Indiana University, he signed a Generation adidas contract and was taken with the seventh pick by Minnesota United in the 2018 MLS SuperDraft.

Toye said the scoring instinct that put him in position to pounce on a rebound on Saturday night is something he learned when he was young.

“It’s just more makeshift stuff being a forward," he said, "stuff that coaches have been telling me since I was little, my dad especially, just being locked in and staying on my toes and always being ready for the rebound. At Indiana, that was a big thing -- they called it sniffers -- just going to get a rebound. It’s just basic stuff, not really film.”