Third time is a charm for Pensacola FC in WPSL final 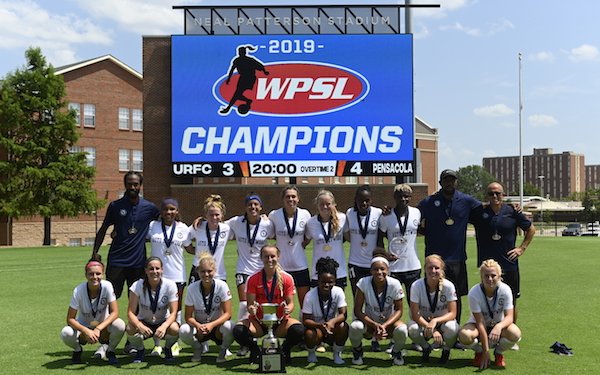 
The WPSL final was played in the 102-degree heat at Oklahoma State's Neal Patterson Stadium in Stillwater.

Pensacola FC, which finished the 2019 season undefeated at 12-0-0, won the 2012 WPSL title as the Gulf Coast Texans. It was playing in its third straight championship match, finishing runner-up in 2017 and 2018.

Mollie Rouse assisted on the winner, slotting the ball to Morris after breaking through the Utah defense.

“I had no idea which way the game was going to go at one point — it was just crazy,” Pensacola FC coach David Kemp said. “We decided to drop Mollie a little bit deeper than she had been playing previously and finding the right time to do it with about 10 minutes to go. We wanted to see if she could create one more chance for us, and she did it.”

Morris' goal was her second of the game. She scored the first of the six goals in the second half in the 48th minute. Cameron Tucker scored twice for Utah, including the tying goal in the 89th minute to make it 3-3.