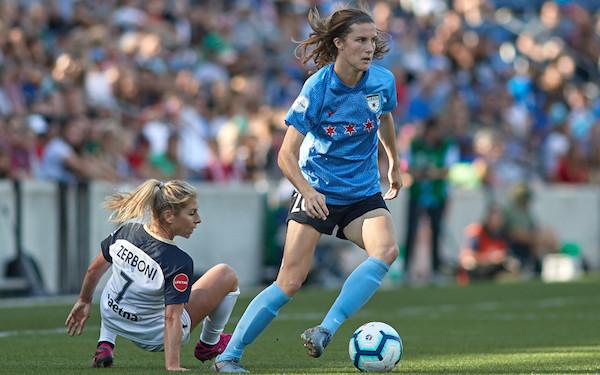 The Chicago Red Stars drew the largest crowd in their 11-year history to watch them beat the North Carolina Courage,  2-1, in the first game back for U.S. Women's World Cup players.

The crowd of 17,388 fans at SeatGeek Stadium was more than four times the Red Stars' average crowd through their first six games and twice as many fans as MLS's Fire drew on Wednesday for its match against Columbus.

Four years ago, the Red Stars were playing at the Village of Lisle-Benedictine University Sports Complex and drew 3,560 fans for the first game back for the U.S. world champions.

Vanessa DiBernardo and Sam Kerr scored for the Red Stars, who jumped into third place with the win.

Sam Kerr with the lovely nutmeg and easy finish to the back of the net! pic.twitter.com/fAhZDTcoH5