I am sure governing bodies, leagues, clubs and coaches are all designing strategies on how best to use the win to inspire the next generation of young female players. The excitement should be huge. The concerns should be obvious. 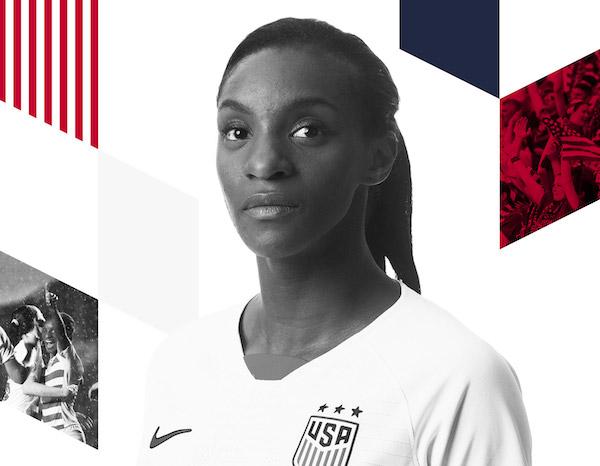 Crystal Dunn  is a New York kid. She developed in an environment that no longer exists, with some crucial contributing ingredients that are difficult if not impossible to find within the youth game. How do I know this? Simply because I was her club coach from ages 10 through 16 on two Rockville Centre Soccer Club teams -- the Rockville Centre Power and then the Rockville Centre Tornadoes. To add to that, I also led the Eastern New York ODP Girls Program where Crystal played and I coached her for one season within that program. She moved on to play ODP with other coaches and made the Regional team and then the youth national teams. [She also played for current Carolina Courage Paul Riley while with the Albertson Fury.]

I think it is important to note Crystal’s attributes as a developing player as they are the cornerstone of all that she has achieved. Even as a 10-year-old, she had an exuberance to play. She was excited to compete, would not be shackled within an environment devoid of fun and if necessary, would create the fun herself. She was brave and relentless. Would thrive on challenges and carry on working until the skill was mastered.

As a concrete example, we would begin each session with some juggling to help the players become masters of the ball. This was a skill she struggled with at the beginning -- no worry because once introduced, along with the reason why, she quickly became the best in the young group. She was creative and intelligent. Able to create solutions due to her skill and athleticism that others could not see. She was a walking billboard for a growth mindset and simply put, behaved in a fashion that told me there is nothing in this game I cannot master. What a joy to coach! 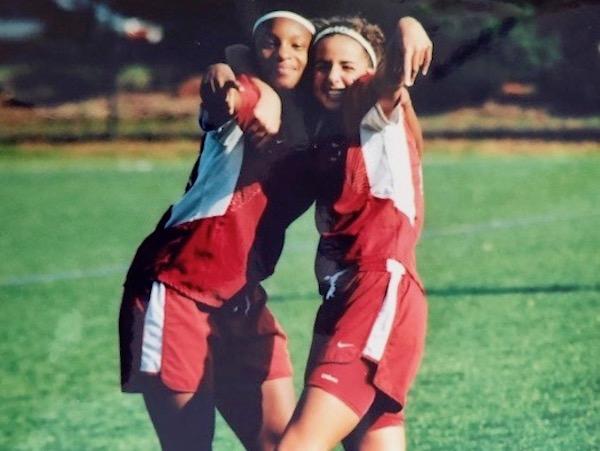 Crystal Dunn while playing with the Rockville Centre Tornadoes in the Long Island Junior Soccer League.

She moved on to play for the Rockville Centre Tornadoes and this is where the developmental journey becomes interesting as the Tornadoes had some key things in place that helped Crystal excel, some of which are perhaps things of the past.

1) A team manager who had no other agenda other than in ensuring the girls had fun at practice and were learning the game and how to work as team. She had no ego and no agenda and her support for me was total. (Thank you, Donna!)

2) A youth coach who firmly believed that winning was less important than developing players. I was then as I am now absolutely convinced that youth players must be given the chance to learn the game before being asked to focus on winning the game.

3) A youth coach who knew then as I know now that I was learning the craft of coaching. Figuring out how to lead players and lead the team. The Tornadoes forced me to work everyday on my craft to ensure they got the chance to develop in the right environment. I meet coach after coach nowadays who believes, based on a few wins, that they have mastered their craft.

4) An incredible group of parents who were more concerned about player development and personal growth than they were about winning. The Tornadoes who played in the Long Island Junior Soccer League, started their soccer journey with two losing seasons. The parental support for the program and the journey we were on never faded. They asked questions, listened and supported.

5) A unified youth soccer environment. When Crystal played the only youth soccer program was U.S. Youth Soccer. All the players were under one banner. This meant that it was much easier to get a high-quality group together. Through both the developmental process and adding players that wanted to be part of the program, we were able to ensure that every session was competitive.

Ultimately this unified youth program led to the Tornadoes playing in the only elite level league of the day -- the now defunct U.S. Youth Soccer Region 1 League. There are now more “elite” leagues than there are goals in the World Cup.

6) Access to ODP, which was the only clear pathway to the regional and national teams and was the only elite level support program available at that time.

I know we can’t turn back time and that creating a team environment where many of the above can be met is incredibly difficult. I am also acutely aware that now, while Women's World Cup when is being celebrated the excitement is high and young girls are inspired to be the next Crystal Dunn, is perhaps the best time to consider how we best help them.