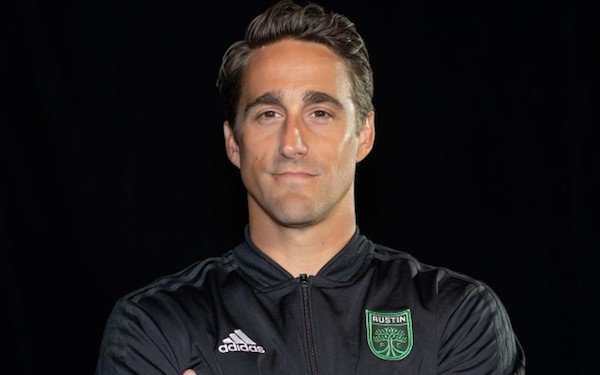 Austin FC, which will begin play in MLS in 2021, has named Josh Wolff as its first head coach.

The 42-year-old Wolff will join Austin at the beginning of 2020 after finishing up the year as an assistant coach on Gregg Berhalter's U.S. national team staff.

Wolff was also an assistant coach under Berhalter, his former teammate on the national team and at 1860 Munich in Germany, from 2014-18 at the Columbus Crew, whose owner, Anthony Precourt, launched Austin FC.

"We have a great level of comfort with Josh," said Precourt. "He is a rising star in Major League Soccer. Numerous clubs were very interested in him so when there is a great opportunity to hire a real talent we need to jump on it. Hiring Josh is a testament to how committed we are to putting a really good team on the field in 2021. There's a lot to do."

Precourt said the next task will be hiring a sporting director.

Wolff, who represented the USA at the 2002 and 2006 World Cups, began his coaching career in 2012 with D.C. United as an assistant coach.

"Josh has an extremely high soccer IQ, high character, high work ethic," said Precourt. "He shares our competitiveness and we've had great success over the years together."

The Crew made the playoffs in four of the five years Wolff was with the club. In 2015, it won the Eastern Conference, falling at home to the Portland Timbers in MLS Cup.

"His continual development as a coach, hard work, and dedication to his craft has certainly earned him this opportunity," said Berhalter in a statement. "The attention to detail and meticulous preparation are qualities that will help him be successful on and off the field."