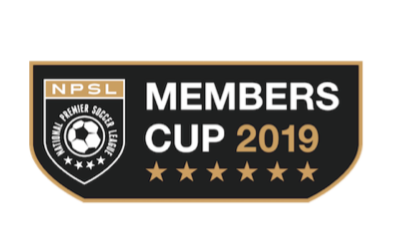 Less than three weeks before its launch, the National Premier Soccer League dropped plans for the Founders Cup, which was initially slated to have 11 teams, and will move forward with the NPSL Members Cup with six teams.

The latest defection was reigning NPSL champion Miami FC, which has advanced to the semifinals of the 2019 playoffs. NISA announced that Miami FC will join the league for its fall 2019 launch.

The NPSL Members Cup will be governed by United States Adult Soccer Association (USASA) and brought into the NPSL corporate structure, managed by NPSL staff with NPSL member participants. The NPSL Founders Cup name will no longer be used.

The Members Cup will include Chattanooga FC, Detroit City FC, Milwaukee Torrent, Napa Valley 1839 FC and New York Cosmos, all slated to play in the Founders Cup, and one new team, Michigan Stars FC. The six teams will play a 10-game fall schedule beginning on Aug. 10.

Since the original announcement of the Founders Cup last November, California United Strikers FC and the Oakland Roots pulled out -- both will play in NISA -- and Napa joined the league. Now also gone are ASC San Diego, Cal FC, FC Arizona and Miami United FC.

NISA's Web site has a Sept. 7 start date for the league and lists 10 markets but details about the league remain sketchy. A "News" section on the league Web site has posted three articles since the league received U.S. Soccer sanctioning as a Division III pro league in February.