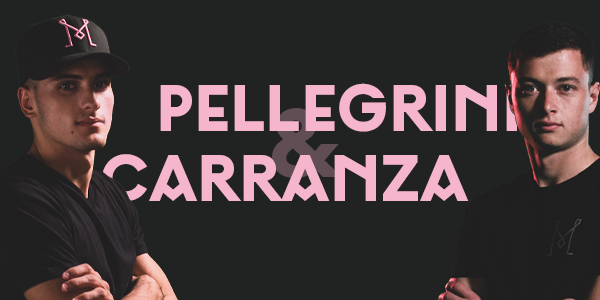 The Argentine daily Clarin reported the transfer fees for Pellegrini and Carranza were $11 million and $6 million, signaling that Inter Miami plans on joining other MLS teams like Atlanta United and LAFC, which have invested heavily in young South American talent.

Pellegrini and Carranza will play on loan to their respective teams Estudiantes de La Plata and Banfield until they join Inter Miami for its preseason preparations for the 2020 MLS season.

"It’s important for us that we found young, exciting attacking players that are on the upside of their career and have the potential to be really good players in this league,” said Inter Miami sporting director Paul McDonough. “We will continue to build and add quality players that are the right fit for our club. We started with youth, but we know it’s also important to have veteran players who come from both overseas and within the league to balance out the roster over time.”

Pellegrini, who will be a Young Designated Player, made his debut for Estudiantes last season and scored three goals in 15 matches. He also started two Copa Libertadores games in 2018.

Carranza has scored 10 goals in 30 matches for Banfield. Inter Miami did not announce how it will classify him.