U.S. Soccer: Women make more than men, except for FIFA bonuses -- and don't forget about NWSL salaries and USWNT benefits

"Equal pay" is the slogan that has been shouted from France to the West Coast during and after the Women’s World Cup.

On Monday, U.S. Soccer released its response: According to an analysis reviewed by an independent accounting firm, we already pay the women more than we pay the men, except for FIFA bonuses, and don’t forget that we also pay the women’s NWSL salaries and health insurance.

Not exactly a catchy slogan. But after biting its tongue through the World Cup and through the hoopla that followed, even as lawmakers and columnists scored political points punching away at U.S. Soccer without doing the research, the Federation fired back with a few figures of its own. 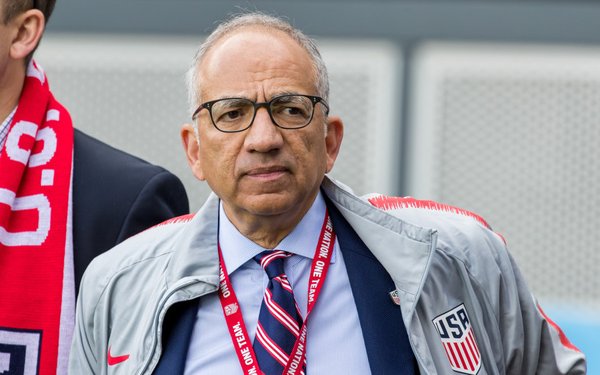 As with any numbers produced on the women’s national team’s behalf, U.S. Soccer’s numbers have a little bit of interpretation applied. The opening fact of a fact sheet, appended to an open letter to U.S. Soccer members from federation president Carlos Cordeiro, says the women made $34.1 million in salaries and game bonuses from 2010 to 2018, while the men only made $26.4 million.

On the next page, though, U.S. Soccer calculates the pay when World Cup bonuses are added -- two World Cups each for the men and women -- and the men take a small lead over the women -- $41.0 million over the same time span to the women’s $39.7 million.

Add it up, and NWSL salaries account for somewhere in the neighborhood of $8 million for the past six years.

Still, as has been pointed out before, the women’s team is indeed paid more than the men when they win and the men don’t. The men can make much more from a World Cup run because FIFA prize money is so much greater.

Apart from the FIFA money, U.S. Soccer says in its fact sheet, money paid to each team for friendlies isn’t the wide chasm as which it has been portrayed.

“The widely reported claim that our women players currently earn only 38 cents for every dollar earned by our men is false. This claim is based on out-of-date numbers that do not reflect what our women’s players actually earn today. In particular, it overlooks the guaranteed salaries described above. The claim is also based on a hypothetical scenario -- our men and women each playing 20 friendly matches in a year, which has never happened, and receiving the average bonus amount per game. That said, if the men and women ever did play in and win 20 friendlies in a year and were paid the average bonus amount, a women’s player would earn more from U.S. Soccer than the men’s player -- the women’s player would earn at least $307,500 (WNT and NWSL salaries, plus game bonuses) and the men’s player would earn $263,333 (game bonuses only).”

That said, again, the women’s payments include NWSL salaries for those players signed to federation contracts, so the money women would earn just from those 20 friendlies would be less than what the men would earn.

But, again, the women have more opportunities to earn that money. They also get bonuses for the Victory Tour. And health benefits for those contracted players, whose value U.S. Soccer did not attempt to quantify. 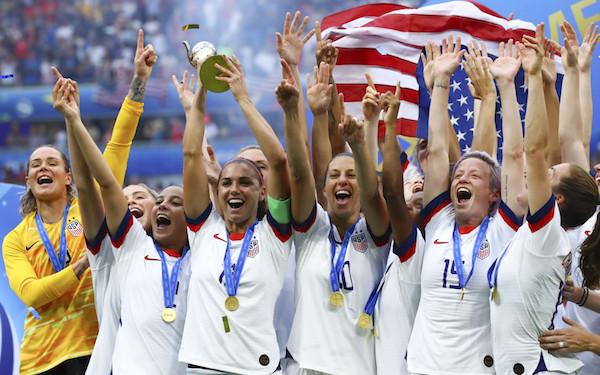 And U.S. Soccer claims the men bring in substantially more revenue than the women do -- $185.7 million for 191 games (average $972,174) in the time span in question for the men, $101.3 million for the 238 games (average $425,446) for the women. That calculation does not attempt to parse out the bulk TV rights negotiated as a whole, but it’s consistent with attendance, ratings and revenue information the federation has made public over the years.

Cordeiro’s comments were released three days after both U.S. Soccer and attorneys representing the women’s team filed oppositions to Hope Solo’s motion to be included in ongoing mediation. Solo’s motion included a rather petulant claim from her lawyer, Rich Nichols, that women’s national team lawyer Jeff Kessler has cut him out of discussion about that mediation. The two were once representing the women together -- in 2016, Nichols hailed Kessler as “the best in the business” despite a loss in representing MLS players against U.S. Soccer.

But Nichols, brought in at Solo’s request, was fired before the U.S. women reached their collective bargaining deal with U.S. Soccer, and he left acrimony in his wake.

“(H)is hard-line approach was detrimental to the process, said multiple sources, who described the relationship between the sides as ‘poor’ and ‘contentious’,” reported The Washington Post’s Steven Goff in 2017.

In hindsight, it’s easy to see a parallel between the MLS labor action circa 2000 and the WNT’s current labor action. With Kessler leading the way, MLS players embarked on a futile lawsuit in which the facts simply didn’t back their case, delaying their ability to negotiate a fair deal. Perhaps Kessler has learned a lesson from that, and perhaps the U.S. women don’t want Nichols and Solo delaying their mediation with any more fiery rhetoric.

We’ll have to see whether Cordeiro’s comments delay the process or speed it along. (In a statement, a spokesperson for the women's players said the letter was a "sad attempt to quell the overwhelming tide of support the USWNT has received.") At the very least, U.S. Soccer has brought more facts to the table. What people -- lawmakers, sponsors, players and lawyers -- make of those facts is anyone’s guess.