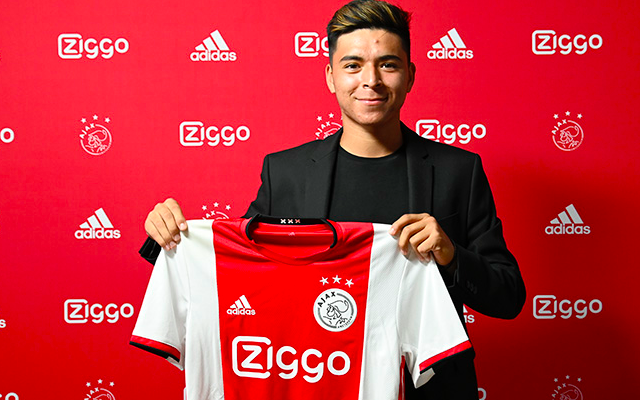 After one-half season at German club Freiburg's U-19 team, U.S. U-20 playmaker Alex Mendez has joined Dutch champion Ajax on a contract through the 2021-22 season.

Mendez, 18, was named the 2018 U.S. Soccer Young Male Player of the Year after leading the USA to the title at the Concacaf Under-20 Championship, where he scored both goals in the 2-0 win over Mexico in the final.

He started four of five games at the Under-20 World Cup in Poland, where the USA finished sixth. He was suspended for the 3-2 win over France after picking up two yellow cards in the group stage.

After leaving the LA Galaxy academy, Mendez signed with Freiburg when he turned 18 but he had to wait until January to be eligible to play in Germany. He was promoted to Freiburg II in the German fourth division over the summer. He is now expected to play for Jong Ajax, the Ajax second team, which plays in the Dutch second division.

Dutch league rules require clubs to play a minimum salary for non-EU passport holders of €218,000 (for players under 20 like Mendez) and €436,202 (for players ages 20 or older like Mendez will be for the final season of his contract). That has generally dissuaded Dutch clubs from signing young Americans.

Dutch-American Sergino Dest, Mendez's U-20 teammate, made his debut for the Ajax first team in its 2-0 win over PSV in Saturday's Johan Cruyff Shield, the Dutch version of the super cup. Another U.S. citizen Joshua Pynadath, spent the 2018-19 season on Ajax's U-17s. He's eligible to play because his mother was transferred to Amsterdam for work.