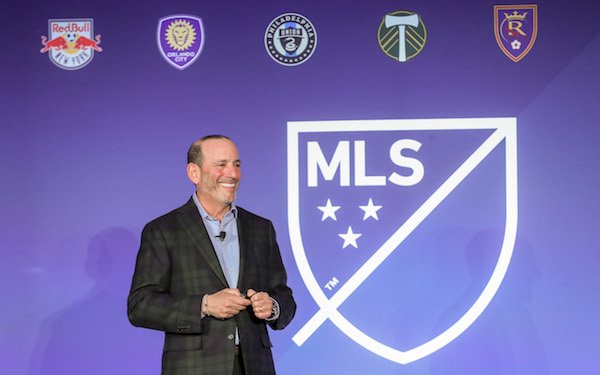 Though no formal announcement was immediately forthcoming following the MLS board of governors meeting on Wednesday in Orlando, site of the MLS All-Star Game, expansion remains the hot topic of conversation.

There's no announced timetable for when teams No. 28, No. 29 and No. 30 will be introduced or when they will enter MLS, but at least three markets seem to be in the front of the pack:

St. Louis, Sacramento and Charlotte in that order with the St. Louis the clear frontrunner.

MLS commissioner Don Garber told reporters afterwards that MLS was in “advanced talks” with St. Louis and Sacramento and he planned to visit Sacramento and Charlotte in the next month.

St. Louis and Sacramento have been the favorites since the last board of governors meeting in April when it gave Garber and his staff the go-ahead to negotiate agreements with the two groups.

The St. Louis bid group made a formal presentation to the league's expansion committee two weeks ago in New York. 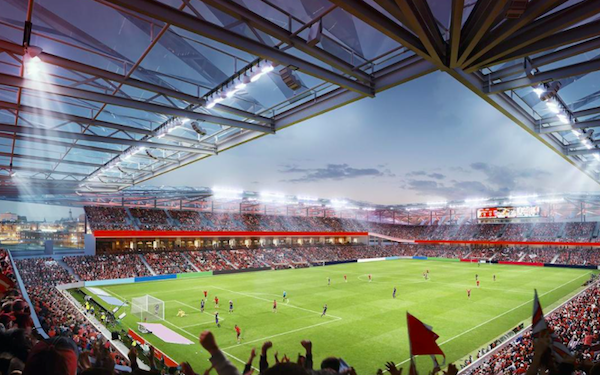 Progress on the Sacramento bid seems to have slowed down, but Garber cautioned that closing deals has simply become a lot more complicated.

"These are massive commitments at this point,” Garber said on Wednesday. “When you get involved in an MLS team now with the expansion fee and a stadium it’s a minimum of $500 million, and finalizing those deals take time."

Since David Tepper became the NFL Charlotte Panthers owner in May 2018, Charlotte has emerged as one of the most aggressive bidders, tipping Bank of America Stadium, home of the Panthers, or a new stadium with a retractable roof, as a venue that could attract crowds on the order of what Atlanta United draws at Mercedes-Benz Stadium. (Garber cautioned on Wednesday a soccer-specific stadium was important to the league without saying how it might impact the league's interest in Charlotte.)

MLS will expand to 26 teams in 2020 when Nashville SC and Inter Miami join the league and 27 in 2021 with the addition of Austin FC.

MLS faces a couple of practical issues. It won't want to have an odd-number of teams for long. It creates bye weekends for at least one team every week of the regular season. It won't want to add more than two teams in a single season.

Multiple groups have been in Orlando for the All-Star Game. ESPN cited Indianapolis, San Diego, Phoenix, Raleigh and Las Vegas as having representatives. Louisville City, the two-time USL champion, has been in communication with MLS about its 11,300-seat stadium it will open next year in Butchertown.

All but Las Vegas were part of the original group of 12 cities bidding for spots No. 25 and No. 26 in MLS in the year-long bid campaign in 2017. Cincinnati and Nashville were the eventual winners. Detroit, San Antonio and Tampa Bay have faded from the picture.

Despite an expansion fee that has increased to $200 million, there's no lack of interest. If anything, interest is greater, or more cities are further along, than in 2017 when MLS struggled to get two cities -- Nashville and Cincinnati -- across the finish line.