For Thailand's California striker Miranda Nild, World Cup was only the beginning

Among Miranda Nild’s favorite childhood memories are annual trips to Thailand, the nation her father left at age 10 for California. Her family would visit relatives and enjoy the beaches of Thailand's tropical islands. 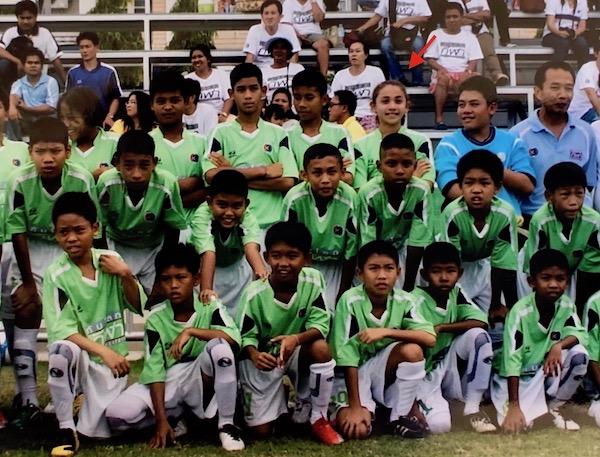 On one such trip, Nild came across organized youth soccer and asked to join in. After a few touches on the ball, they gave her a uniform. It was a boys team. Soccer has long been by far the most popular sport in the nation of 68 million, but, until recently, without providing opportunities for young girls. Typical players on the Thai women’s national team, whose first Women's World Cup qualification came in 2015, didn’t start playing organized soccer until their teens.

Nild, on the other hand, grew up in Northern California, started playing AYSO at age 8, and since her teens played highly competitive girls club soccer, with Castro Valley SC, the Pleasanton Rage and Mustang SC.

Nild also trained with Phairoje Rathaloengsak, a soccer coach she met when she was 11 at the Thai Temple in Berkeley who eventually became “like an uncle” to her. In the middle of her college ball at Cal – playing on the same field and the same position as Alex Morgan had eight years earlier for the Bears – she asked Rathaloengsak whether she might have an opportunity with the Thai national team.


Videos of her play were sent to the Thai federation, and it went rather quickly after that. Nild, fluent in Thai, was already eligible to play for Thailand thanks to her Thai passport, which spells out her original Thai name in its entirety: Suchawadee Nildhamrong. That is how she was listed on the roster at the 2019 World Cup in France, where she played every minute of all three games for Thailand.

After the World Cup, Nild spent a few weeks at her family’s home in Castro Valley – which lies 20 miles south of Berkeley and 27 miles southwest of San Francisco – and worked at her family’s Thai Restaurant, Little Plearn, in Berkeley. She had also worked as an waitress there while in college. Little Plearn is a four-minute walk from Edwards Stadium, where Nild played for Cal from 2015 to 2018, captaining the Bears her senior year. 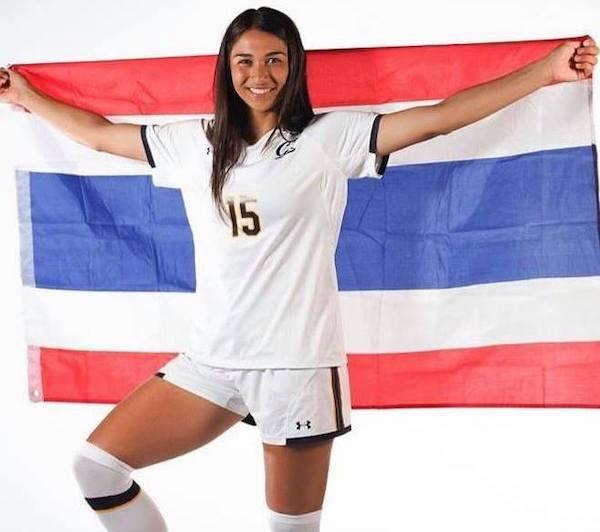 With limited opportunities in the nine-team NWSL, and a wanderlust spirit, Nild’s quest is a career in Europe, while being a part of what she believes will be the start of a promising new era in Thai’s women’s soccer. She sees a silver lining to Thailand's 13-0 loss to USA in the opening game of the 2019 World Cup. While American media/social media erupted in a debate about the U.S. players’ goal celebrations, the Thai media focused on Thai women’s soccer deficiencies. The reaction -- and the embarrassment of the big loss -- created so much discussion about women's soccer in Thailand, it may very well spark more support and investment.

“I think it will turn out to be something positive,” said Nild.

As for the U.S. celebrations, Nild hadn’t been aware that there was a controversy until she logged into social media. Asked if her teammates were upset about the celebrations, she said: “No. Not that I knew of. No one complained about it at all. But then again, I think we were more distraught about losing 13-0 than being like, ‘Oh, why did they celebrate?’”

She didn't pay attention to the celebrations because after each goal she returned straight to the halfway line for the kickoff.

“I didn't have a problem with it because I knew they were going to play their max out,” said Nild, who pointed out that U.S. players behaved graciously after the final whistle. "They were super sympathetic when they were shaking hands with us. Carli Lloyd reached out specifically to our keeper. Our goalkeeper was super moved my that.”

Miranda Nild’s grandmother opened the first Thai restaurant in Berkeley. Pictures of Tiger Woods  adorned the walls because she was best friends with Woods’ mom, who also hails from Thailand.

Nild’s father, Jerry, met her mother, Selma, who was born in the USA, while they were fifth graders at Lincoln Elementary School in Alameda, and they dated since 8th grade. Jerry grew up playing American football and Selma’s top sport was volleyball. When Miranda was 7, she attended a multi-sport camp.

“There were a whole bunch different sports and I had to pick out my favorite sport by the end of it,” Nild said. “I came out with soccer. So my parents signed me up for AYSO in San Leandro, where we used to live.”

A big part of her childhood was playing her brother, Wesley, who was one year older.

“I was home-schooled from 5th to 7th grade, with my brother,” she said. “So basically we practiced double-day together. He helped me get to where I am now, because I practiced with a guy who was stronger and faster.”

From Castro Valley High School she went to Cal, from which she graduated in 2018. In the spring of 2017, she played her first game for Thailand, and now has 20 caps and 12 goals. 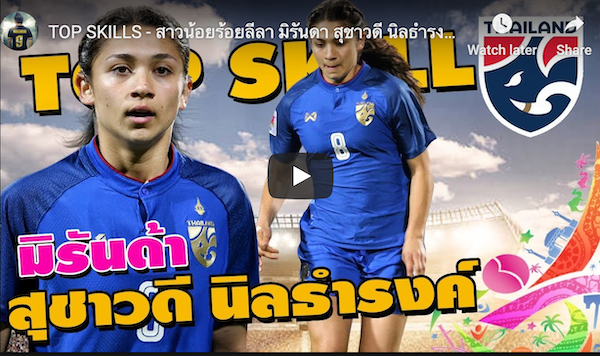 She helped Thailand to a fourth-place finish at the 2018 AFC Women's Asian Cup, which earned it a spot at the 2019 World Cup. In August, Nild signed short-term contract with Gintra Universitetas to play in the qualifying round for the 2019-20 UEFA Champions League. She played in each of the three games, but, with a 1-1-1 record, Gintras failed to advance.

Now Nild rejoins the Thai national team for the 2019 AFF Women’s Championship, a nine-team tournament for Southeast Asian nations that Thailand is hosting Aug. 15-27  The tournament will mark of the debut of new Thai coach Naruphol Kaenson, who replaced World Cup coach Nuengrutai Srathongvian, and the first step toward preparing for 2020 Olympic qualifying.

At 22, Nild was one of the youngest players on Thailand's World Cup squad. Kaenson aims to integrate younger players into the squad, women from the generation that has benefited from playing on the Thai girls youth national team program that's been around for less than two decades, and the rise of grassroots girls leagues.

“A lot of the women on the national team now, who are like 30, started playing soccer when they were about 15," Nild said. "They got recruited just for being athletic. They were shocked that I started when I was 8, even though that’s old for the United States. Now there’s an incoming wave of girls who started playing when they were much younger. They look good. They look sharp.”

Nild, who aims to land with a European club after the AFF Women’s Championship, says interest in and support of women's soccer reached an all-time high thanks to the World Cup.

"Do I think it's like U.S. standards? Absolutely not," she said. "But it's still more than Thailand's ever had. The start is there."