Two days after signing, Yosef Samuel debuted for unbeaten Danish Superliga club Hobro, coming off the bench in a 3-2 win at Silkeborg.

Samuel joins two other Americans at Hobro, Christian Cappis, who started on Saturday, and Emmanuel Sabbi, who did not play and whom Hobro hopes to sell.

Nebiyou Perry, 19, made his first division pro debut for Ostersunds FCin its 2-1 loss to AFC Eskilstuna in the Swedish Allsvenskan. 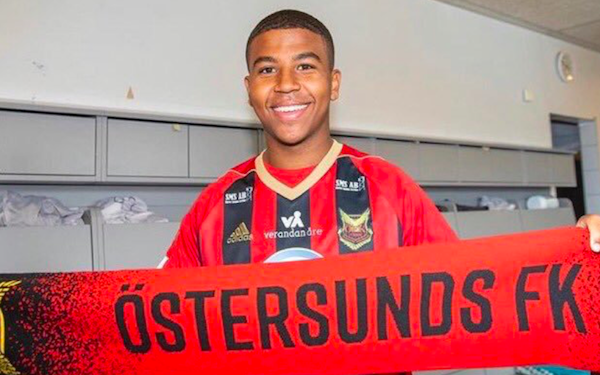 Perry began the 2019 Swedish season at second-tier Trelleborg after spending two seasons at Germany's FC Cologne in its youth system.

He joined FC Cologne when he turned 18 after starting out at Swedish club AIK, where he dressed but never played in 2017.

Haji Wright, who made his debut last season for Germany's Schalke 04 and moved to Dutch club VVV Venlo over the summer, made his Eredivisie debut in a 3-1 win over RKC.

The 20-year-old Wright earned a penalty kick converted by Johnatan Opoku for the winning goal in the comeback win.