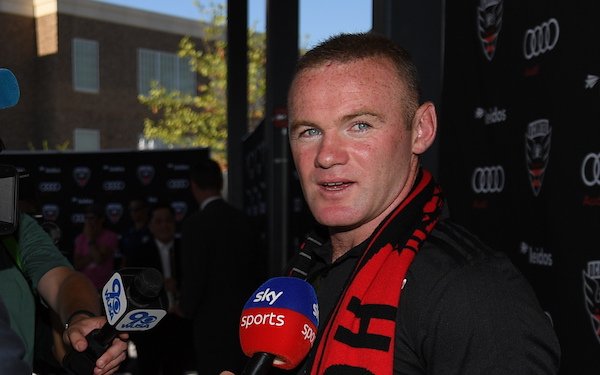 Few big-name players in the twilight of their careers have adapted as well and as enthusiastically to Major League Soccer as has Wayne Rooney, but it may have been too good to be true.

The Daily Telegraph was the first to report on Monday that Rooney was in talks with English club Derby County about joining the Championship team as a player-coach.

When that would happen is one of the many questions surrounding the move.

It's unlikely D.C. United would let Rooney leave in the middle of the 2019 MLS season -- -- but a move could happen at the end of the MLS season, to take effect in January when the English transfer window re-opens. The summer window ends for the Premier League and Championship on Thursday.

Several reasons have been advanced for Rooney's desire to return to England with two-plus years remaining on his contract.

Rooney has expressed how happy he's been to live in the United States away from the British tabloids and free to take his sons were they want without constant interruptions from fans. But that may have been trumped by the desire of Rooney's wife, Colleen, to be closer to friends and family and raise their four sons ages 9, 6, 3 and 17 months in England.

Rooney wants to go into coaching and a move to Derby would allow him to work alongside first-year Dutch manager Phillip Cocu, who took over for Frank Lampard, Rooney's former England teammate who is now the manager at Chelsea.

Rooney is the cornerstone of the new D.C. United, which moved into Audi Field, its new stadium in Washington, last summer.

Rooney's last-second play to race into United's defensive end, win a tackle and launch a pass to teammate Luciano Acosta for the game-winning goal in a 3-2 win over Orlando City is considered one of the great individual plays in MLS history.