How Carli Lloyd, Lindsey Horan, Christen Press and Jill Ellis rate the rise of European women's soccer -- and what it means for the USA

The USA is off on another "Victory Tour" after claiming its fourth Women's World Cup crown last month with arguably the finest performance the women's game has witnessed, but the most compelling story in France this summer wasn't the Americans' mastery over everyone else. 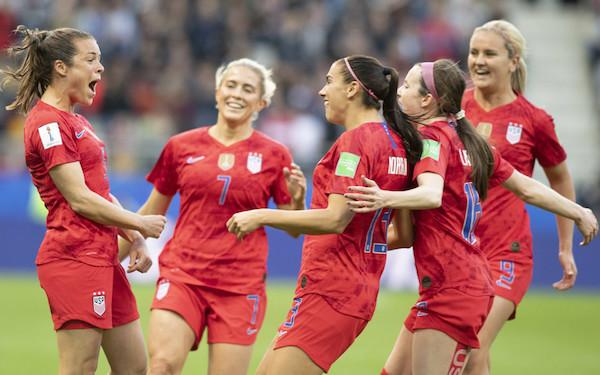 Those inside the game have been closely watching things evolve in Europe for the past two decades, and the eighth WWC provided a nice glimpse at the future. Seven of the eight quarterfinalists -- all but the United States -- were European, some of them relative newbies on the game's greatest stage. Consider it a preview of what's ahead.

Money is pouring into the European women's game, from federations seeing greater value in women's play, and especially at the club level as men's powerhouses increasingly field women's teams and lure top talent from around the world. The level of play has substantially advanced in the past few cycles -- especially outside of Scandinavia and Germany, for decades the continent's giants -- and it's not about to slow down.

The accepted wisdom in these parts, cemented with Germany's World Cup dominance in 2003 and 2007, went something like this: When Europe gets serious about the women's game, the USA will find it excruciatingly challenging to remain atop the throne. The Europeans, owing to an overarching culture that the U.S. cannot replicate, will be superior technically and tactically, possess a natural understanding of the game's deepest nuances that pass Americans by, and rise to the stature the European men's game has long enjoyed.

“Continue to raise the bar,” Carli Lloyd said after scoring her 114th international goal in the U.S.'s 3-0 triumph over Ireland at the Rose Bowl in last Saturday night's “Victory Tour” opener. “These teams are obviously getting a lot better, as we saw from the World Cup. I think that over the years, we kind of had this intimidation factor, where we stepped out on the field and we had already halfway won the game.

“Now you're seeing teams come out not as fearful of us anymore. They're brave, they're taking it to us. We've seen that over the years, and we have to continue to keep raising that bar, continue getting better. Every individual player has to elevate their game.”

Doing so is the thorny part, and it must begin, as in Europe, at the start.

“Part of it is making sure, if you look at it from a just a big-picture perspective, you've got to make sure what's your pipeline, and that's our youth ...,” head coach Jill Ellis, who will step down after the tour, said during her postmatch media availability. “[We must make] sure we continue to have the development, [that we build] the IQ of players.

“It's not just now technical, it's how they think the game. It's how they play the game. That's critical, because you saw in that last World Cup, there's so much tactical flexibility now. Our players are really challenged -- everybody should be challenged -- in terms of just the mental capacity of the game: thinking the game, reading the game.” 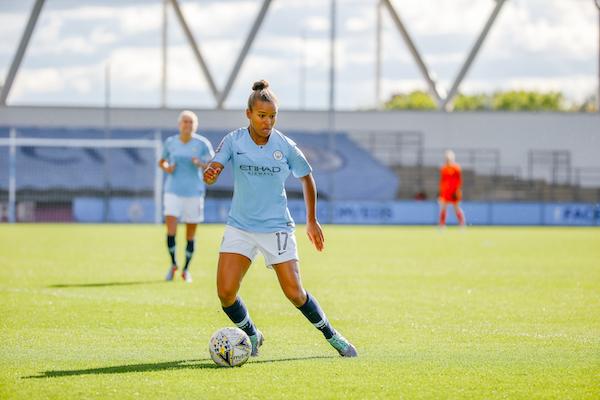 Coaches want structure in the game, Ellis said, “because that's how we are as coaches. But I also think we can't be too structured. We've got to make sure that we continue to let players think and solve the game and not just feed them the answers. Create challenging situations for them to problem-solve.”

The Europeans always have been sharper in these areas than the USA, which became a dominant force by overcoming tactical and technical disadvantages with a game built on collective effort and athleticism augmented by the individual skills of some of the game's most revered players. The Yanks always have outfought foes, outhustled foes, outbelieved foes. There's often been an air of invincibility surrounding them.

It started cracking after the 1999 World Cup triumph. The Women's United Soccer Association, the first of three top-tier women's leagues in the USA, was launched in 2001 and drew the world's best players. Germany credited its 2003 World Cup triumph in part on their players' WUSA experience, and particularly in getting a glimpse behind the curtain. The Germans discovered the U.S. players weren't superwomen, that they were like everyone else.

The Americans' ability to remain at or near the top in the nearly two decades that have passed is testament to the country's depth of talent, increasing sophistication to go with the more “American” traits, and the decisions by many top players to toil, at least for awhile, in Europe.

European leagues have drawn Americans all along, but the rise of the English, French and Spanish leagues to rival the German Frauenbundesliga and Swedish Damallsvenskan has provided more and better opportunity. The National Women's Soccer League, like the WUSA and its successor Women's Professional Soccer, offers tighter competition than is found in Europe -- any team can beat any team on any day whether home or away -- but elite players can make far more money playing in Germany, France or England.

Real Madrid's plan to field a women's team starting next year ought to accelerate things. If the world's best players competing for Europe's biggest clubs, does Europe become the desired destination for America's best?

“There's the potential. Yeah, there is,” said Lloyd, one of 14 World Cup winners with experience at a European club. “I think our league is one of the best in the world, no question about that, but I think that there's players that are curious. There's players that want to go experience that lifestyle and get on the calendar the rest of the world is on. We may see that, and we'll see what happens.”

The NWSL, Ellis says, “is critical” for the U.S.'s continued success, but the league, in its seventh season, needs to “continue to grow, continue to evolve.”

Europe will always have its charms, and the benefits of playing there are many. Living in a culture in which soccer is embedded in the daily life -- and in the greater conversation -- provides unique perspectives. The game is different, and embracing the details of the differences makes for better players.

“When I was playing over there, everything was so technical and tactical,” said U.S. midfielder Lindsey Horan, who played three and a half years at Paris-Saint Germain right out of high school. “I think the players just grew up in a culture where it was all soccer, or football, and they were just so technically sound and so intelligent in the game.

“They grew up watching it, everyone loves watching it, and for Americans, it wasn't always a thing. I knew a lot of my friends [who played soccer] that didn't watch soccer, and I just chose that that was my No. 1 thing, watching it. That was such a cultural thing [in Europe], that's everything they did, and soccer's such a huge thing in Europe.” 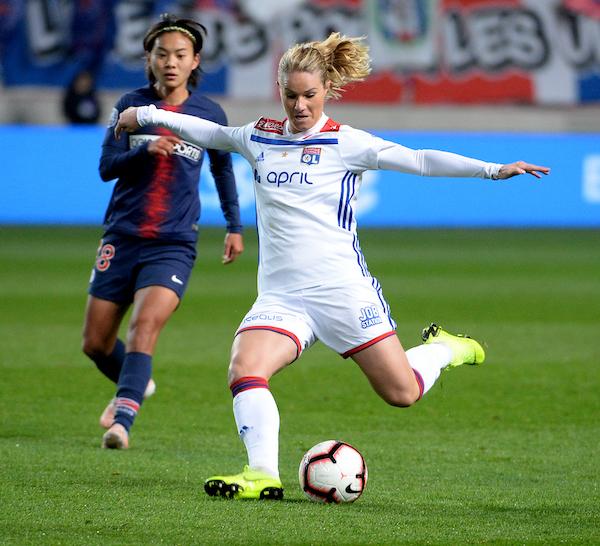 The growth of the European women's game has been fueled by girls watching and playing as much soccer as the boys. And it's happening everywhere. England and France began emerging a decade ago and have become contenders. The Netherlands popped through with a European Championship triumph two years ago, which they followed with an unbeaten run into the World Cup title game. Spain, kept from the quarterfinals by the Yanks, caught everyone's attention in France. So did Italy -- once just a notch below the Germans, Swedes and Norwegians -- and others are coming in their wakes: Euro 2017 semifinalist Austria, Switzerland and Scotland. Maybe Belgium, too.

FIFA's certainly paying the women greater attention under president Gianni Infantino, who was on hand at the Rose Bowl. There will be 32 teams, eight more than in France, at the next Women's World Cup.

Ellis said she was “ecstatic that they've increased the number of participants.”

“I think that's a big step,” she said during her pregame news conference Friday. “I think with that you sometimes will get lopsided scores in terms of teams growing, but I think we can just see the velocity at which the women's game has grown over the last four years. ... I think it was a real eye-opener [for FIFA during the World Cup] to see how marketable, how fan-friendly, how exciting the women's game is, in terms of being able to promote it and gain sponsorships.

“I think the World Cup did exactly what I hoping for it to do, in terms of selling our sport to more people, reaching more people. I think FIFA's going to take note of that.”

The better the world gets, the better it is for the Americans.

“From my very first year on this team, I've kind of been told that world's catching up,” said forward Christen Press, who has had two stints in Sweden. “Our whole perspective as a team is that's amazing. We want the team to grow, we want the level to grow, we want more federations to be pouring money into the players, because the excellence is there, the potential is there. We need these resources, and the more resources that other countries give to their players, the more that we'll have.

“It's like a beautiful, competitive battle to stay on top, and I think [Europe's] domestic leagues are absolutely changing the dynamic now. Now we have the opportunity to grow within our leagues, and I think it's been just fantastic to see the growth, especially in, like, the English league, where they're so tied to the men's clubs and so they're going to have those professional standards. Now it's coming in Spain, and you can just see the direct correlation between the success of those programs.”

As Europe evolves, so must the U.S. and its players.

“I think long gone are the days where you just solely rely on athleticism,” said Lloyd, who had a stint at Manchester City in 2017. “I think that you need to be technical. It's all about the repetition, it's all about cleaning up your technical ability and being efficient. These teams know how to do that. If they continue to get themselves fit and 90-minutes game fit, it's going to be a bit scarier for us.

“We just have to keep plugging on as a nation and keep finding the talent and breeding that talent and continuing to have that American mentality and spirit.”

under-20 women's world cup, women's national team
9 comments about "How Carli Lloyd, Lindsey Horan, Christen Press and Jill Ellis rate the rise of European women's soccer -- and what it means for the USA".
Read more comments >
Next story loading