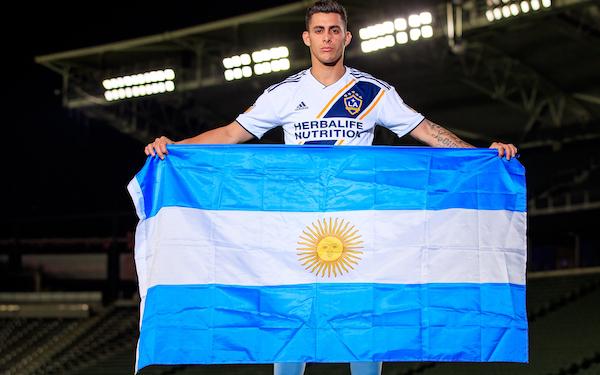 Reflecting their heightened interest in taking an active role in the summer transfer market, MLS clubs wrapped up the U.S. summer transfer window on Wednesday with an unprecedented flurry of activity.

D.C. United paid $2.5 million to bring back Norwegian international Ola Kamara to MLS. A few years ago, Montreal's signing of Spanish international Bojan Krkic would have been big news. It hardly got a mention amid all the other moves.

In all, 19 trades or transfers involving MLS clubs have been announced.

Not included is another big signing by LAFC, the acquisition of Diego Palacios, the left back on Ecuador's U-20 World Cup team that beat the USA in the quarterfinals and finished second to Ukraine in Poland.

Palacios was reportedly a target for Barcelona, Ajax and PSV but should join LAFC from Ecuador's Aucas after spending the 2018-19 season on loan with Willem II..

The signing of Pavon, who played in every match for Argentina during the 2018 World Cup, was the biggest of six moves announced on Thursday after the window closed on Wednesday at 11:59 p.m. CT.

A short-term loan was required because the Galaxy already has three Designated Players -- Zlatan Ibrahimovic and Romain Alessandrini, who are out of contract at the end of the 2019 MLS season, and Jonathan dos Santos -- and could not structure a deal to pay Boca's high transfer fee in 2019.

MLS rosters will be frozen as of Aug. 30. Until then, teams can only sign free agents. They can transfer players to foreign clubs if their windows are still open. England's Premier League and Championship League closed on Thursday, but windows in other major leagues remain open.