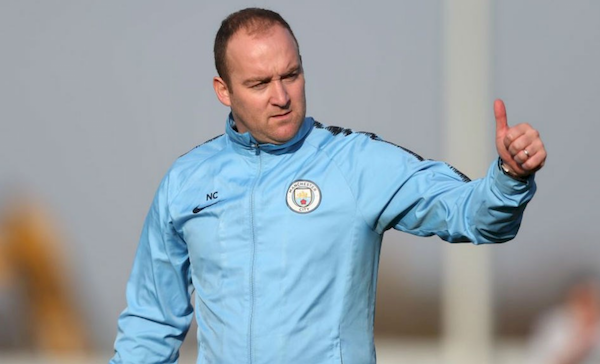 SOCCER AMERICA: Give us a sense of the state of the FA Women's Super League, how popular it's becoming, and how it's progressed in recent years?

NICK CUSHING: It's a fully professional league. Every team in the league is full-time. It's a really competitive league. Every game is competitive and there is no one team that is always going to win it. You have to make sure you prepare properly for each team you play against. We've got some really really good players and really good young players being developed into the league.

The attacking play in the league, and the goals that are created and scored are really good goals. So it's a good league to watch from the fan's standpoint. The fan-base is growing, so the environment and atmosphere in the stadiums are increasing. English woman's football and the WSL is in a really good place. We're just excited for it to continue to grow. And with Man United, West Ham, Brighton, Tottenham, the league is just more competitive every year.

SA: How important do you think a tournament such as Women’s ICC is?

NICK CUSHING: I think it's really important for the women's game that clubs across Europe and from America have a chance to play against each other, because otherwise that doesn't happen. We don't get to play the American teams. And with the culture and the environment America has for its women's football, it's a really good place to go -- facility-wise, weather, and women's football culture. So it's a really important opportunity to go to America in preseason and it's really good for us.

SA: How do you think the English WSL ranks among the top-level women's leagues in the world?

NICK CUSHING: I think it's up there. I think maybe there are leagues as competitive as ours, but for sure it's up there with the German league, with the NWSL, with the French league -- for the level of the amount of internationals who play in the league, the foreign players who come into the league, the young players who have been developed, and how competitive the league is. You only have to look at the three trophies -- there's different winners every year because each team is improving every season. So yeah, I think it's up there as one of the best leagues, for sure. 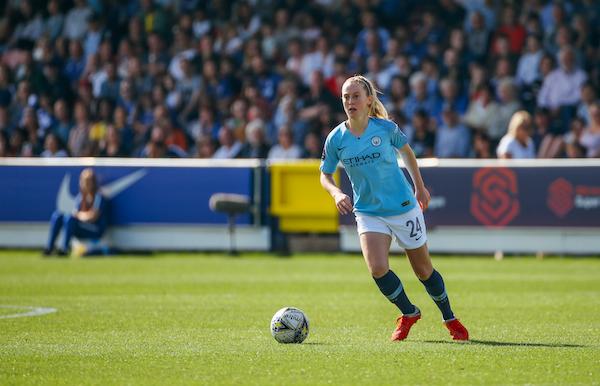 SA: What's English youth soccer like for girls? Has it become common for English girls to aspire to become professional and national soccer players?

NICK CUSHING: With the inception of the new regional talent centers, and the restructuring of the youth structure on the women's side -- the players are being developed better. They're physically better, they're technically better. Their understanding of the game is better. That only makes the succession of the league positive and exciting because of the young players who are being developed are better players and are more physical and are more technical. That means the product on the pitch that the fans are watching is improving. It also means that the younger players, at 12, at 14, they can aspire to be a professional, because the league is fully professional. There is a career there and there is an opportunity there to be a professional footballer.

SA: What did think of England's performance during its fourth-place finish at the 2019 Women's World Cup

NICK CUSHING: I think we played well. I think we showed that we're improving tactically and technically. In the games like against Japan and Scotland, we kept possession of the ball and we showed that we can create chances by dominating the ball. Maybe in previous years we haven't see that. But this year I thought our performances and our style of play definitely improved.

I just think we probably just need more experience, although we've made two semifinal appearances previous to this tournament [2015 World Cup and 2017 European Championship], we need more experience in getting to those last stages and learning from why we're not getting to the next level. And I think with the players who we've got and the team that we've got, that will come.

SA: What did you think about the USA's World Cup performance?

NICK CUSHING: I think they showed their experience. They showed their desire to still be the best. Not only did they have good performances individually and as a team, they showed how many really good players they have. You're looking at a team that rested Lindsey Horan for the quarterfinal. For the semifinal they rested Megan Rapinoe and Samantha Mewis. And that shows they've got plethora of players and no matter which player is picked, it's a real high-level game. 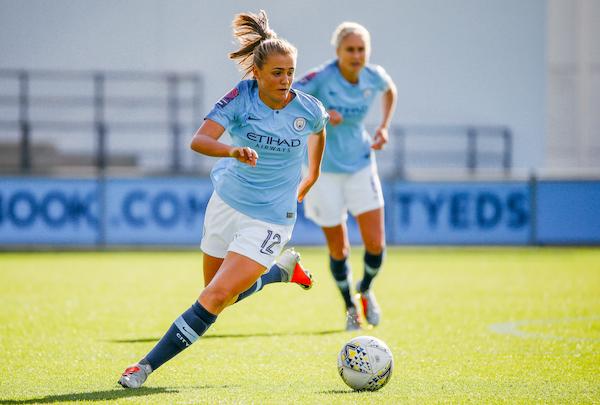 The 20-year-old England forward Georgia Stanway, England's PFA Women's Young Player of the Year for 2018-19, is one of the Manchester City players who saw action for England in its 2-1 semifinal final loss to the USA at 2019 World Cup.

SA: There's been talk for years about nations catching up to the USA? Did you see evidence of that at the World Cup in France?

NICK CUSHING: I think nations have gotten closer to the USA, definitely. I think the other nations have improved. But at the same time, the USA have improved. They've shown that with their ability to sustain winning. And players like of Mallory Pugh, who they would see as their next generation, are very high-level players. Although the future's bright for England, the future is bright for the USA as well.

SA: Do coaches from countries such as England try to learn from American women's soccer?

NICK CUSHING: Yeah. I think we'd be silly not to. I think the USA are leading the way and have been leading the way for a long time now. Not only with the national team but with the culture for girls and female footballers. The culture for developing the female game in America is the almost the objective everybody has. We here at Manchester City are definitely looking and learning from how and why the USA are so successful.

SA: What attributes of the U.S. women's game impress you?

NICK CUSHING: I think definitely player development. I think if you look at the likes of Samantha Mewis and Mallory Pugh, and Alex Morgan, Carli Lloyd, Megan Rapinoe -- those players are physically incredible and technical very very good. But their mentality and desire to win is far greater than any other team. I think for us here at Manchester City and the English game, we're looking to develop our teams and our players as close to that as we can.