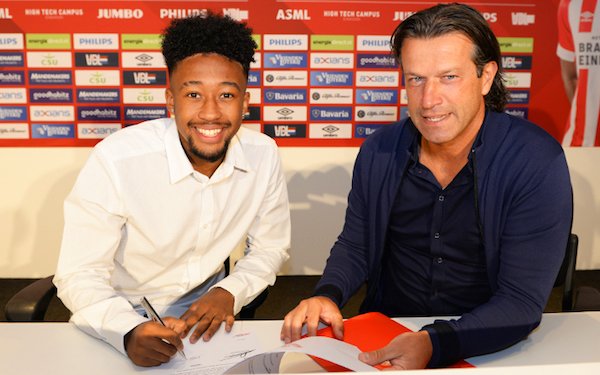 became the third member of the 2019 U.S. U-20 World Cup team to parlay his strong performance in Poland into a transfer when he joined Dutch giant PSV Eindhoven from Hannover 96.

The move comes only a year after he signed as a free agent with Hannover 96 from the New York Red Bulls, where he played his youth soccer before entering the U.S. U-17 residency program in Bradenton, Florida.

He started the 2018-19 season with Hannover 96's U-19s, then was promoted to its reserves in the German Regionalliga (fourth tier).

Gloster's U.S. U-20 teammate, Sebastian Soto, is at Hannover 96. He moved from the U-19s to the first team late in the season, making three brief appearances after it was relegated from the Bundesliga in May.

Gloster will join another U.S. U-20 teammate at PSV. Like Gloster, Richy Ledesma will begin the season at Jong PSV, the second team that plays in the second-tier Eerste Divisie.

Tim Weah was transferred from Paris St. Germain, while Alex Mendezmoved from Freiburg in Germany to Dutch champion Ajax, where he will start out on Jong Ajax.
americans abroad, youth
Next story loading