Kate Markgraf's plate will be overflowing at U.S. Soccer 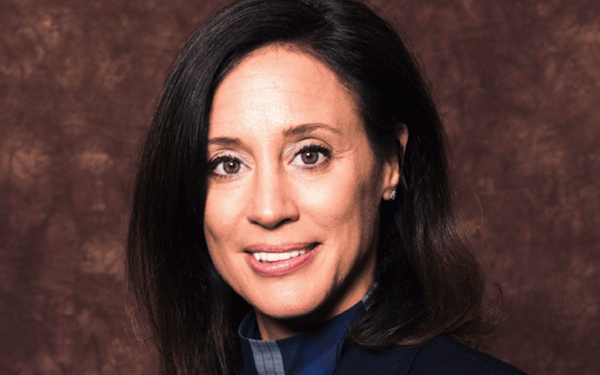 Kate Markgraf described the hiring process for U.S. Soccer's new position of women's national team general manager as "rigorous" but "enjoyable" with an emphasis on the latter in saying she wouldn't have accepted the women's GM position and left her job as an ESPN women's soccer analyst if the new job felt like work.

That view will certainly be tested. Her plate will be overflowing when she gets to Soccer House in Chicago ...

-- She'll have to hire a replacement for Jill Ellis, the only coach to lead her team to back-to-back Women's World Cup titles.

-- She'll have to oversee a women's national team currently involved in litigation with the federation that's become a national political issue.

-- She'll have to oversee, in the general manager's new duties, the management of all the youth national teams on the women's side, filling a string of vacancies.

-- She'll have to lead the creation of what U.S. Soccer president Carlos Cordeiro termed "Vision 2027," the vision for the future of the program and she'll be "central to the discussion," according to Cordeiro, of its bid to host the 2027 Women’s World Cup.

Where does Markgraf begin?

The hiring of a new women's national team coach will come first. Olympic qualifying to determine the two Concacaf finalists in the 12-team women's soccer field in Japan next summer is likely to be held in February 2020.

In a segment on ESPN the same day as Ellis announced she was stepping down, Markgraf said the likely coaching candidates were Laura Harvey (Utah Royals), Paul Riley (North Carolina Courage), Vlatko Andonovski (Reign FC) and Mark Krikorian (Florida State). That's a good core of candidates to pick from.

The first three are veteran NWSL coaches, the fourth is a college coach with, as Markgraf noted, lots of international connections. The 2019 NWSL season ends a lot later than usual -- the NWSL final won't be until Oct. 27 -- so an NWSL coach would likely not be available to work with the team until the end of October. (The final FIFA women's window of 2019 is Nov. 4-12.)

Markgraf, who will oversee the search for a new women's national team coach, said the hiring process will be about finding the best candidate for the job.

"Our goal is to have that position filled as quickly as possible but not at the determent of not picking the right person,” she said during a conference call with the media on Monday afternoon. “As far as it related to men and women and the selection, we of course would consider both candidates but I would of course like to hire a woman if all things are equal. In the end, it will come down to the best candidate regardless of gender.”

The problem is, the vast majority of full-time head coaching positions on the national teams on the men's and women's sides -- from U-23 to U-14 -- are vacant and have been that way for a while now. That's a particular issue on the women's side, where the U-16 to U-20 head coaches are all listed as "TBD" in the 2019 U.S. Soccer women's media guide. There are two world championships in 2020 -- the U-20 Women's World Cup in Nigeria and U-17 Women's World Cup in India -- with Concacaf qualifying slated to be held in 2019.

"I'll be in charge of that as it stands right now," Stewart said of the youth national team hiring. "As the men's national team GM, formerly now, I was involved in at least conversations that we were having. You can understand that in the last couple of weeks that has been put on hold with what we were trying to accomplish on this side. And now we will go full-steam ahead when it comes to actually speaking to candidates and appointing candidates for the youth national team head coaching jobs. And actually that is underway as we speak right now. That has been underway under [chief soccer officer] Asher Mendelsohn and [chief sport development officer] Nico Romeijn and we are hopeful that within a couple of months that we will have those positions filled."