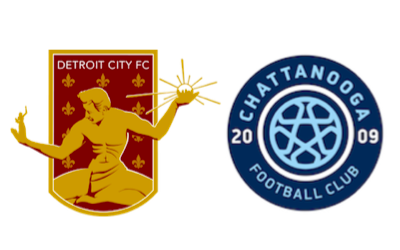 The National Independent Soccer Association added Detroit City FC and Chattanooga FC, the best-drawing teams in the NPSL, for the 2020 spring season and confirmed that the Oakland Roots will play in this fall's NISA Showcase.

Full admission for all clubs in the new Division III league is dependent upon USSF approval.

Detroit City FC averaged 5,946 fans for its home games at Hamtamck’s Keyworth Stadium in 2018, the last season for which NPSL attendance figures are available. Chattanooga FC holds the NPSL attendance record with 18,227 fans for the 2015 league final at Finley Stadium.

Both Detroit City FC and Chattanooga FC are playing in the new Members Cup, a scaled-back version of what was supposed to be the Founders Cup. The Members Cup opened last weekend with crowds of about 3,500 and 1,000 in Chattanooga and Milwaukee, respectively.

Two-time defending NPSL champion Miami FC and Oakland were supposed to play in the Founders Cup. Both teams have moved to the NISA, which kicks off with its NISA Showcase.

The Roots announced in late June that they will play at Laney College. Their squad includes former U.S. U-20s Benji Joya and Jack McInerney and Honduran international Victor Bernardez.

"Bringing Chattanooga FC, Detroit City FC and Oakland Roots SC all in to NISA at the same time is very exciting," said NISA commissioner, John Prutch in a statement. "These clubs truly represent their communities and are proof the open system for soccer is the best way forward. Each has built their support the correct way and that support will sustain them and NISA for years to come."