LAFC is the first team to clinch MLS playoff berth 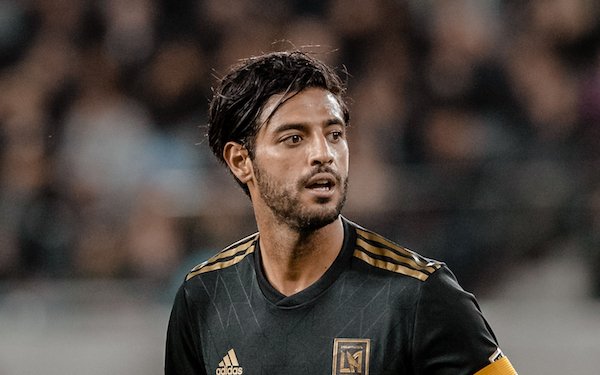 LAFC became the first team to clinch a berth in the 2019 MLS playoffs when it beat Real Salt Lake, 2-0, on Saturday night at Rio Tinto Stadium.

LAFC won its fourth straight game to open up a 13-point lead over the Philadelphia Union, the Eastern Conference leader, in the Supporters’ Shield race with a 18-3-4 record for 58 points. LAFC has a 16-point lead in the Western Conference over the second-place LA Galaxy.

Carlos Vela set an MLS record for most combined goals and assists in a single season when he scored his 24th goal from the penalty spot. His scoring production of 39 goals (24 goals and 15 assists). surpassed Sebastian Giovinco’s 2015 record of 38 (22 goals and16 assists) with Toronto FC.

"He's scored goals, he's set up goals," said LAFC coach Bob Bradley. "That's what the record is all about. But he's also been a fantastic leader. He continues to raise the bar for all his teammates."

Bradley singled out forward Adama Diomande for his play. Diomande, who played for Bradley in his native Norway in 2015 at Stabaek, fed Vela on the play that led to the penalty kick and opening goal in the 64th minute and added a second goal in the 82nd minute.

"In this last stretch," Bradley said, "he has really raised his game. His effort has gone to a really high level."