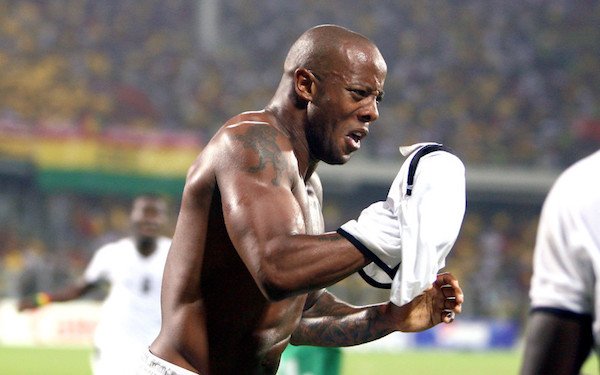 Junior Agogo, who played in MLS early in his career and later starred for Ghana, died at the age of 40. He had suffered a stroke in 2015 and battled speech problems after that.

Agogo was signed by the Chicago Fire in 2000 but was traded to Colorado after playing one game because the signing of Bulgarian star Hristo Stoitchkov forced the club drop one foreigner.

Agogo was born in Ghana but grew up in England, where his mother worked in the hotel industry. When she moved to North Carolina for work, Agogo, who was under contract with Sheffield Wednesday, decided to move to MLS.

Agogo had 15 goals in 47 games for Chicago, Colorado and San Jose, for which he was on the bench for the Earthquakes' MLS Cup 2001 overtime victory. He then returned to England, playing for four clubs, before moving on to teams in Egypt, Cyprus and Scotland.

Agogo played 27 times for Ghana and scored 12 goals, including three at the 2008 Africa Cup of Nations, where the Black Stars finished third. His late winning goal against Nigeria in the quarterfinals made him a national hero.

"I think that was the goal that sealed his popularity in Ghana," teammate Laryea Kingston told the BBC. "During the tournament we could feel his influence in the team grow and his popularity go up but that goal sealed everything."