Portland-Seattle: Cascadia Cup is up for grabs on Friday night 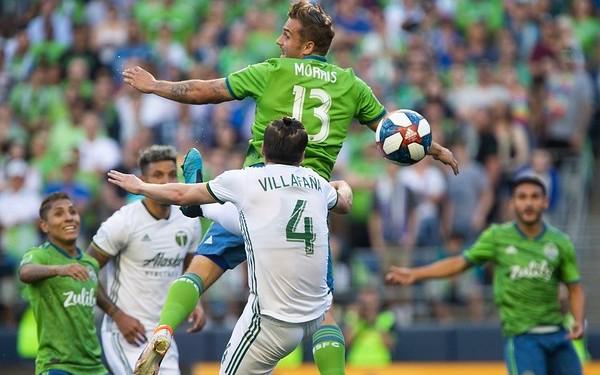 LAFC's lead is 19 points in the Western Conference and will be up to 22 points if it (finally) beats the LA Galaxy in their fifth El Trafico meeting on Sunday at the Banc of California Stadium.

Just five points separate the next seven teams with Sporting KC still alive in ninth place following its 1-0 win over Minnesota United on Erik Hurtado's goal two minutes before the end of 90 minutes.

The biggest game of the weekend in the Western Conference is the derby between Portland and Seattle.

What's at stake? To begin with, the Cascadia Cup. The Timbers will capture the trophy for the first time under head coach Giovanni Savarese with a win or tie; the Sounders need a victory to claim bragging rights across the Pacific Northwest for the second year in a row.

The Timbers sit in seventh place in the Western Conference, but with at least one game in hand on every other team they are battling against for the playoffs and eight of their last nine games at Providence Park, there's no reason to believe they can't advance as far as second place by the end of the season.

Second place was the Sounders' position for much of the season. But a recent slide -- no wins in their last four games, 11 goals conceded -- has dropped them into fifth place. But things are so tight in the Western Conference they will reclaim second place Friday night with a victory.