Youth soccer would be better off without the parents

"Referee! What on earth do you think you're doing!?" A fair enough question, under certain circumstances. As it happened, though, not under these circumstances. Not from the sideline of a girls U-11 game, hollered with an outrage suggesting an injustice of the highest degree. The source was a middle-aged male, robustly built, prominently tattooed, top buttons undone, with the cross of Jesus hanging around his neck on a silver chain. We'd already met before the game. He was driving his SUV up and down the driveway to the sports facility, and wanted to know if he was at the right place. I'd just arrived on my bike, and I told him that this was indeed the venue he was looking for, and I welcomed him to our home. His daughter's team was playing the girls team we've just founded, the very first all-female lineup in our club's 65-year history. 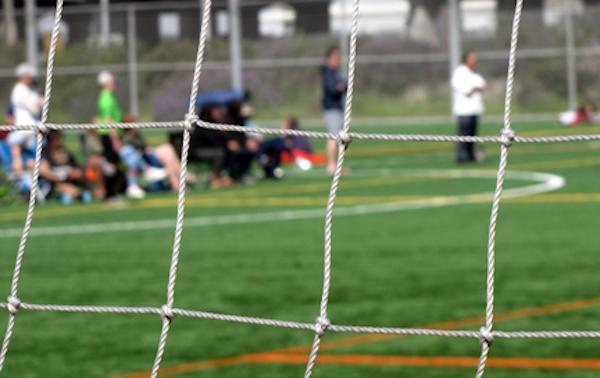 The gentleman wasn't interested in small-talk, which is fair enough. He just wanted to know where he could park his bulky vehicle.

Unlike super-pop, the referee didn't show up. It happens quite often, especially with younger refs. In my email to the referees' association later that day, I suggested that referees who don't show up should perhaps send the clubs they've let down an explanation, and maybe even apologize. I've not heard back yet.

So I stepped in to referee the game, even though I should have been coaching from the touchline. Many of the girls were playing their first ever game, and we'd had only a week to prepare since the end of the summer holidays. Needless to say, most of them were over-awed by the large field, and couldn't yet grasp the mechanics of positional play. I'd told them to enjoy themselves anyway, and that even if we fell several goals behind it didn't matter, we'd still learn plenty, and would certainly improve over the course of the season.

Sure enough, we soon found ourselves several goals behind -- our opponents boasted a very good striker who hit the target every time. With the score at 1-5 in the middle of the first half, our goalkeeper handled the ball outside the penalty area. She didn't realize this wasn't allowed. I stopped play, and told her to take two steps back and kick the ball out from the penalty area. The opponent's prolific striker pointed out that it should have been a free kick. I replied that was right, but this was our first game and not all our players were sure of the rules. She gave an understanding nod.

That's when the voice bellowed from behind the goal. "Referee! What on earth do you think you're doing!?" So I went over to have a quiet word. "This game's for the girls, not for you. They are 9 and 10 years old. If you prefer, though, you can watch the game from the parking lot." So we're not playing to FIFA rules, was his comeback. Well, as there's no offside and no pass-back rule in this league, that's correct -- we're not in fact playing to FIFA rules. We're playing to rules appropriate for 9 and 10-year-old girls who've never played a game in their lives before.

The incident didn't ruin anyone's day. The parents took lots of pictures, and the girls took some pride in the fact that during the second half we improved and restricted our opponents to a single goal (final score: 1-8). Yet the questions remain: Why do these incidents still have to happen at all? Why does there so often seem to be an angry man on the touchline quick to make a screaming and entirely uncalled-for intervention?

By this point you could perhaps accuse me of portraying a stereotype: tattoos, white, male, SUV. Not every parent I've had bother with as a referee or a coach looks like this, by any means. Yet when trouble comes from the spectators during youth games, it always seems to be from roughly the same source. Loud men of a certain age who, for reasons known only to psychologists, want to make themselves the center of attention. Compelled to vociferously challenge the volunteer referee to impress ... who knows whom they're trying to impress? Themselves? The other parents? Their embarrassed children?

It seems draconian to banish all parents from watching their children play sport, but it's maybe the last measure available for the sake of peace, quiet and educational development. If the parents on my team who proudly took footage of their daughters' first ever game on Saturday had not been there, it would have been a shame. It would not, however, have necessarily been a bad thing. As a coach, I would much prefer the focus to be on the soccer, not the filmography.

The parents of the away team of course cheered wildly at every last goal. Is there anything wrong with that? Not intrinsically, but it's still something the youth game could easily do without. On the whole, young soccer players would benefit from the absence of family rah-rah.

Mom and pop, perhaps you could go and do something else while your kid's playing soccer. Read the paper, have a coffee, chat with some other moms and pops. The main thing is -- without any pressure, without any shouting, without superfluous 'coaching,' without them being told again and again, "Good job!" -- just let the kids play. It's what they do best.

(The author is a coach and referee in Germany's amateur and youth leagues. He holds the Uefa C-Licence and coached youth soccer in Maryland from 2004-2014.)

referees, youth
30 comments about "Youth soccer would be better off without the parents".
Read more comments >
Next story loading