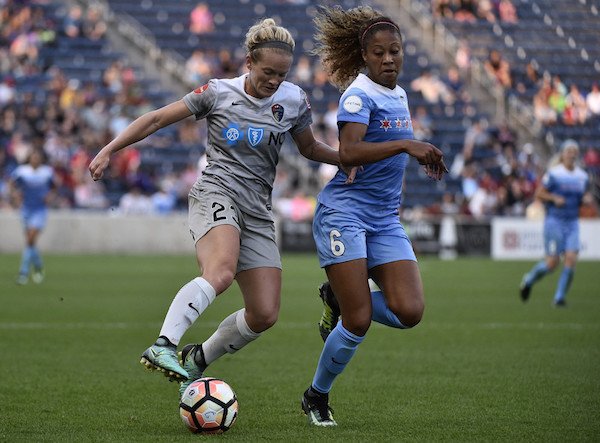 The USA will continue its post-Women's World Cup Victory Tour with two games against Portugal during the FIFA women's international break.

All 23 members of the World Cup championship team are on the roster, but several big stars are injured. Megan Rapinoe, Rose Lavelle, Mallory Pugh and Kelley O'Hara did not play last week in the NWSL, while Alex Morgan left Orlando's game at Chicago early in the first half on Wednesday and was held out of Saturday's match at Washington.

Morgan collided with Chicago defenders Julie Ertz and Sarah Gorden and took a blow to the head. She sat out the game at sold-out Audi Field in concussion protocol. Morgan, who has been dealing with a knee injury, was playing her first match since the World Cup.

Alyssa Naeher (left thigh),  Morgan Brian (left thigh) and Tierna Davidson (right thigh) all played for the Red Stars on Sunday at Portland after being listed as questionable.

With the depleted squad, Chicago Red Stars defender Casey Short and North Carolina Courage forward Kristen Hamilton have been added to the roster for the games against Portugal on Thursday in Philadelphia and five days later in St. Paul, Minnesota. More than 50,000 tickets have been sold for the game in Philadelphia, which will break a U.S. women's record for a home friendly game.

Short was a late cut from the World Cup roster after being a regular for the two and a half years following the 2016 Olympics. Hamilton, 27, is making her first appearance for the senior national team. She has eight goals and three assists in 16 games for the Courage.

"With the injuries we currently have to several World Cup players, and with two of our main priorities on the Victory Tour being spreading around the minutes and keeping players healthy for their clubs during this critical playoff push, it made sense to call in Casey and Kristen to give us options and depth for these games against what will be a tough Portugal team," said U.S. head coach Jill Ellis. "Both players have been performing very well in the NWSL and I know they'll fit right in with our group for these matches."