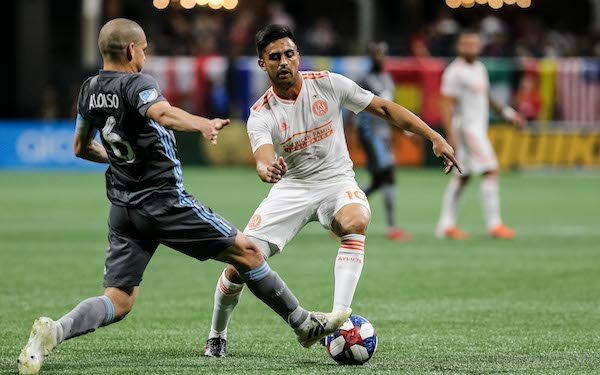 Atlanta United, which entered MLS in 2017, is already a battle-tested team, having been through the MLS playoffs twice and Concacaf Champions League once and captured one MLS Cup title and one Campeones Cup title.

Minnesota United will be playing its biggest game since it joined MLS in 2017 from the NASL when its faces Atlanta United in the 2019 Lamar Hunt U.S. Open Cup final at Mercedes-Benz Stadium.

The Loons will be the underdog on Tuesday but they have not shown up in Atlanta without any arguments in their favor ...

MBS success. Minnesota United has won at Mercedes-Benz Stadium, which few visiting teams have done. Its 3-2 win in 2017 is just one of six Atlanta United has suffered in 48 MLS home matches.

Hot goalscorer. The Loons' Open Cup run has paralleled their solid MLS season in which they find themselves well placed to make the playoffs for the first time. Darwin Quintero leads all scorers with a modern-era record six goals in MNUFC's four Open Cup wins.

Atlanta United enters the final in its best form of the season. All it's done in the last two weeks is beat Club America, 3-2, to win the Campeones Cup and beat Portland and Orlando City with shutout victories on the road in MLS play.

It set the Open Cup record when it drew largest-ever crowd in Open Cup game history (41,012) for its round-of-16 match against the Chicago Fire last year, and that record could fall on Tuesday.

Both Atlanta United and Minnesota United face big MLS matches this week. First place is on the line in the Eastern Conference for the Five Stripes when they travel to Philadelphia on Saturday. The Loons risk falling to seventh place in the Western Conference if they don't win at runaway Supporters' Shield leader LAFC.

But for one evening, Minnesota United will the MLS playoff race aside and set its sights on its first cup trophy.