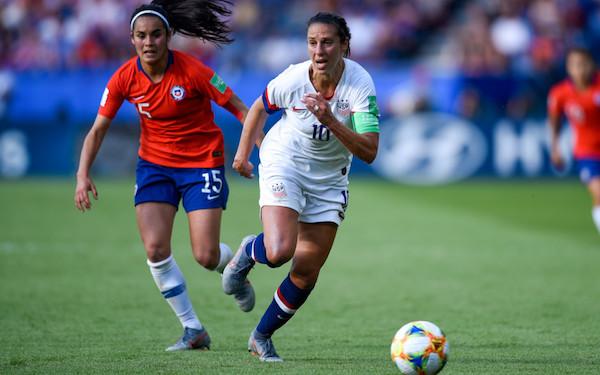 The U.S. women's national team will set an attendance record for the largest crowd to watch it play in a stand-alone friendly on Thursday night.

A crowd of upwards of 50,000 will be on hand for the second game of the Victory Tour when the USA plays Portugal at Philadelphia's Lincoln Financial Field, but stars Megan Rapinoe, Alex Morgan and Rose Lavelle will be unavailable.

Rapinoe has not played since scoring for the USA in its 2-0 win over the Netherlands in the Women's World Cup final with an Achilles injury. Morgan and Lavelle are under concussion protocol.

Also out will be backup right back Ali Krieger because of personal reasons.

With the depleted squad, Chicago Red Stars defender Casey Short and North Carolina Courage forward Kristen Hamilton have been added to the  roster for the two games against Portugal. The second game is Tuesday in St. Paul, Minnesota, where the 19,400-seat Allianz Field virtually sold out before tickets went on sale to the public.

The game will be a homecoming of sorts for two U.S. stars. Carli Lloyd grew up in nearby Delran, New Jersey. Julie Ertz is the wife of Eagles star Zach Ertz and will be using her husband's locker at Lincoln Financial Field, home of the Eagles.

Crowd Count. The crowd in Philadelphia will be just the second stand-alone friendly in U.S. women's history with more than 40,000 fans. The previous record was set during the first match of the 2015 Victory Tour when 44,028 fans came out to Heinz Field, home of the NFL's Pittsburgh Steelers, to watch the USA defeat Costa Rica 8-0.