Amid the talk of "equal pay" for the women’s national team is an inconvenient truth ... 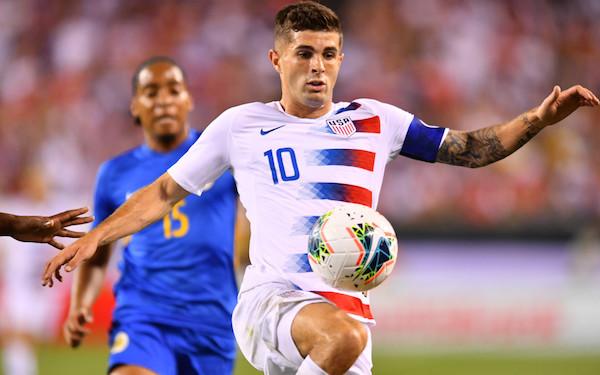 The men are overdue for a raise.

No, not because they’ve been performing so well. They’re overdue because the collective bargaining agreement they signed in 2011 expired at the end of 2018. They’re currently playing on an expired contract.

Politically, of course, it would be a terrible time to give the men a raise. Imagine the headlines: "U.S. Soccer Expands Gap Between Men and Women!" "It’s Opposite Day in Soccer!" (OK, that one would have poor SEO.) "I’ve Never Paid Attention to Soccer, And I Didn’t Know the Men’s CBA Had Expired, And I Don’t Realize USA-Mexico Games Basically Print Money, But I Can Definitively Say That This Is Ridiculous!"

Let’s suppose U.S. Soccer and the women’s team had settled the women’s lawsuit and evened out everything that can be evened out, such as pay for friendlies and certain roster bonuses. Great. But then the men would still be negotiating for a raise that would resuscitate the problem.

So you would hope that this issue is being taken into consideration as U.S. Soccer tries to settle that suit and reach a new deal with the men’s team.

In a best-case scenario, the women would seeking a bit more than the men currently get (again, for anything that can be compared apples-to-apples, or at least apples-to-pears) so the men can get a raise that would even things out. But that’s a difficult thing to do when you’re negotiating to settle a lawsuit rather than re-negotiating a relatively recent CBA.

None of which should stop us from playing “What If?”

The latest of my hypothetical scenarios applied to a six-year set of results (2013-18) uses the following parameters:

Friendlies and World Cup roster bonuses: A 10% raise for the men, with the women’s pay increased to match. (The women get either a game bonus or a salary, so I adjust the win/draw/loss bonuses so the women’s total would match the men’s.)

World Cup qualifying bonuses: A 10% raise for the men. That’s split among more than 50 players in the men’s pool and 20 players for the women’s pool, so for each individual woman, I took the rough midpoint of the men’s bonuses.

World Cup advancement bonuses: A 10% raise for the men. The women’s calculation here is more complicated. Currently, the combined bonus for a World Cup championship and the Victory Tour is nearly equal to the FIFA prize money. I combined those two into one bigger bonus and doubled it, assuming FIFA will indeed double the prize money. I also shifted some of the bonus money to earlier rounds -- if the U.S. women go all the way, the bonus is still nearly all of the FIFA prize money, but they can now claim a bit of it if they hit some bad luck or a hot team and tumble out in an earlier round.

But I went farther than that. Suppose the women got the same money for the World Cup as the men -- with the raise in this scenario, a maximum total of $29,118,110.

To put this in perspective: In this winter’s Annual General Meeting, U.S. Soccer presented these numbers (fiscal years end March 31 of the year cited, so we’re already a good ways into FY 2020):

Overall revenue isn’t dropping. Many expenses are rising, including the coaching department (mostly coaching education), a capital improvements program, a “digital revamp,” World Cup bid support, and the biggest -- national teams. The corresponding rise in sponsorship revenue might make up for it, but it’s difficult to parse out those numbers. Sponsorship isn’t all about the national teams, anyway -- just count the Nike logos in Development Academy programs.

Over time, that’ll chip away at the federation’s cushion of $160 million and change (again, much of it built on the Copa America Centenario).

There are a lot of hands on that money. On one hand, the idea of giving Jozy Altidore and Alex Morgan a raise while U.S. Soccer’s youth programs fall farther and farther behind (yes, on the women’s side as well) is a little off-putting. On the other hand, it’s still a substantial amount of money, and it should be possible to give the men a small raise, give the women a big raise and still bump up the funding for everything below the senior national team level.

How much? Let’s look at that in the next installment, where we’ll also take a look at how other federations spend their money.