Weston McKennie: Already an experienced, core player for the USA at age 21

No trophy will be on the line when the United States hosts Mexico in a friendly at MetLife Stadium in New Jersey on Friday night. But for Weston McKennie  and many of the other players on the United States national team, the game is a critical opportunity to grow, and measure itself against its archrival. 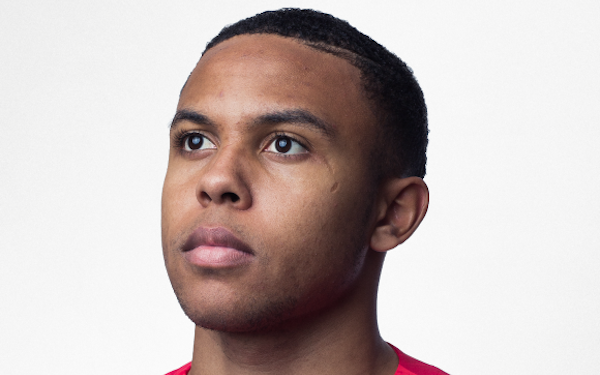 McKennie, 21, knows that the U.S. national team has often been compared against Mexico over the past few decades and that is one of the reasons why he was so visibly frustrated following the 1-0 loss to El Tri in July’s Gold Cup final in Chicago – even if he believes the tournament was a positive experience for the U.S. team.

“I was one of the players who also wasn't super happy in my performance in that game,” McKennie said. “I think that's why I was a little bit, not a little bit, I was really upset after. The things that I've learned in life and in soccer situationally, the best thing you can do is look back and take away stuff from it -- be more prepared for the next time and keep moving forward. It's not going to do anything for me if I just keep dwelling on that final and what I could have done, what I should have done. Instead of doing that, I'd rather prepare myself so I don't say those same things after the game next time.”

But now with a Gold Cup under his belt as well as having played in the UEFA Champions League, McKennie isn’t a typical young player trying to grow into a team. Rather, McKennie is now seen as one of the team’s core players and one who brings a lot of experience when compared with many other players in camp who are still trying to find their way at the international level.

When asked about numerous players such as Zack Steffen or Sergino Dest, McKennie is upbeat for their future. But the player he was most comfortable talking about was fellow Texan Paxton Pomykal. The highly touted midfielder is currently in a breakout season with FC Dallas – a club McKennie spent nine years playing for at the academy level. McKennie has known Pomykal now for over a decade and is impressed with how far he has come.

He remembers both have had to fight through adversity and FC Dallas was the place they both used to prove their skeptics wrong. And like many others, he believes Pomykal deserves his spot on the team and has the potential to succeed.

“I think his development has been good,” McKennie said of Pomykal. “Being in an environment such as FC Dallas is a good start already. FC Dallas, I never have anything bad to say about them. They've developed and helped develop me into the player I am. When I was also with the U-17 national team, I kind of came back from residency a little bit broken -- not making any of the rosters and not going to qualifying for the U-17s or the World Cup. I owe a lot to them for bringing me out of that situation and owe a lot to them for helping me become a player I am today.

“So, I think Paxton being in that environment, that's very good,” he continued. “I haven't had a one-on-one talk with him about what to expect here. But I think eventually I will because I've known Paxton since I was 11 ... But now I definitely think he's shown and he's proven at FC Dallas he's ready and prepared to be on this type of level.

“One of the many things back then that people always used to talk about is: he's too small, he's not fast, he's not this, he's not that. I didn't get those same criticisms back then -- I got many other things. But for him to be able to overcome those and to not let it bring him down and to show why he's able to be playing at this type of top level, I have nothing but respect for him and support for him and I hope he does the best he can here.”

But when McKennie surveys the roster, he is also particularly upbeat about the growing number of American players in the UEFA Champions League. Last season, McKennie was able to play for Schalke in Europe’s premier club competition but Schalke disappointed in the Bundesliga and did not qualify for this year’s event. 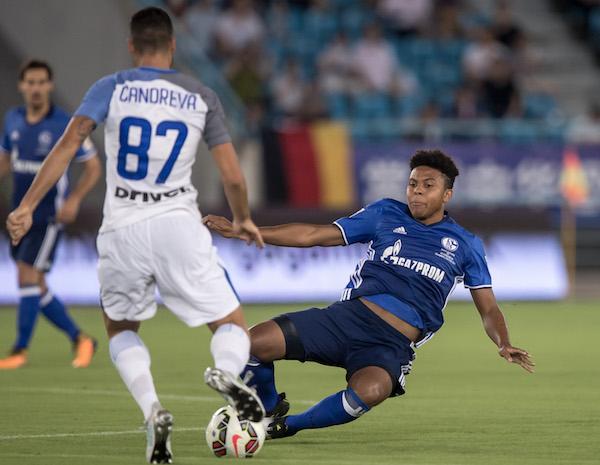 Although McKennie will sit this year’s Champions League out Ajax’s Dest, Lille’s Tim Weah, Christian Chelsea's Pulisic, RB Leipzig's Tyler Adam, and Club Brugge’s Ethan Horvath are all on teams that have qualified for the event. Jesse Marsch is even the head coach of Red Bull Salzburg and will be the first American head coach in the event.

And while everyone in the Champions League will be looking for success with their respective clubs, McKennie sees it as being massively beneficial to the sport’s growth from a big picture scale.

“We speak about trying to have the world view American soccer in a different way,” McKennie explained. “And we're trying to make soccer grow in America. And I think these kids and these guys that are playing in Champions League, let alone being an American in the Champions League, is a big deal. But I think it's bringing more eyes to their sport in America as well.

“Last year honestly standing there and hearing the Champions League anthem was a whole different feeling. It's definitely exciting to see Timothy Weah and Serge and so many other Americans being able to get these experiences. I think it's a big deal -- a really big deal and definitely a moment that they won't forget for sure. Because I'm itching to try and get back.”

For McKennie to get back to that stage, it will take a much improved season from Schalke which was the Bundesliga runner-up in 2017-18 but then surprisingly found itself in a relegation battle throughout much of 2018-19. The team struggled, but so did McKennie on an individual level while asked to play a wide variety of positions.

To help return to the top levels of the Bundesliga, Schalke has turned to David Wagner as its new coach. Wagner was born and raised in Germany but played for the United States national team in the 1990s thanks to having citizenship from his American father. Wagner recently had success at Huddersfield in England, which he surprisingly led to promotion to the Premier League in his second season and managed to keep it in the top flight for a season. 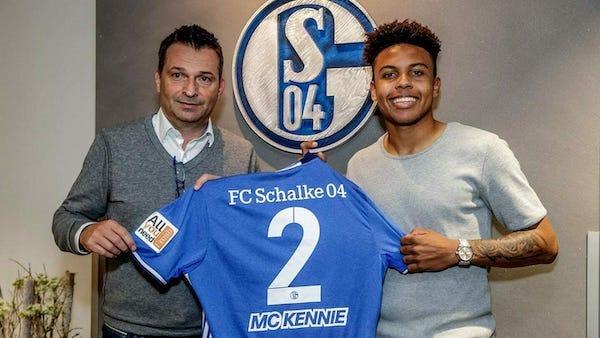 Weston McKennie, who turned 21 on Aug. 28, joined Schalke 04 on his 18th birthday in 2016. He signed a contract extension through the 2023-24 season in July and last Saturday he made his 50th Bundesliga appearance.

McKennie has developed a very positive relationship with Wagner and he believes the coach will help him reach his potential.

“That's always good whenever you have a coach that has been through it himself because it's more relatable and he knows he can get a real good sense to the players,” McKennie said. “Honestly you guys may not believe it or not but we don't speak in English. We speak in German -- which I was also surprised to find that out too.

“He's real big on making sure everyone knows German. Which I think is right to do -- you play in Germany, you live in Germany. But being able to connect to him on a more personal level whenever I speak about things that are in America, he knows what I'm talking about. I think that's also good.”

But as for now, McKennie is completely focused on the task at hand -- and that is taking on Mexico. Despite it being a friendly, he is treating it as a big game and another stepping stone for the young U.S. team.

“It's Mexico and USA -- it's always going to be a rivalry,” McKennie said. “These types of games are the games to you definitely don't want to miss. Definitely the type of games that you don't want to lose. Even if it is a friendly it's still one that people will look back on in the Mexico-USA history of rivalries.”